Now that Trump is out of the way, CNN and other Left-wing propaganda networks have a new target in their crosshairs. The network is smearing Florida Congressman Matt Gaetz with unverified sources.

According a new article from CNN, Matt Gaetz and his friends enjoyed partying with pretty women on their nights off. Oh my, how terrible! You mean to tell us that young men like to have a few drinks with pretty women? Hard hitting news there.

According to the unnamed source, Gaetz behaved like a “frat type of party boy,” she said, sometimes taking pills she believed were recreational drugs.

Details of the parties, which have not been previously reported, were described to CNN by two women who claim to have attended several of them over the past few years. Both spoke on condition of anonymity, of course.

The behavior of Gaetz and the other high-powered men at the events, and a pattern of digital payments that followed, will likely be items of interest to the Justice Department as part of its probe of Gaetz that includes allegations of sex trafficking and prostitution.

Federal investigations are examining whether Gaetz engaged in a relationship with a woman that began when she was 17, according to people familiar with the investigation. The investigators have also pursued allegations from witnesses and other evidence that Gaetz may have used cash and drugs in his dealings with the young women.

Project Veritas does it again!

CNN Director admits that Matt Gaetz is a threat to the democrats so they are purposely running “propaganda” to hurt him. pic.twitter.com/B22yRB2HQy

The “anonymous sources” say they never received payments from Gaetz. One of the women who spoke to CNN said she did so in part because the picture of Gaetz as potentially connected to sex trafficking that has emerged in recent days does not align with what she saw. Both women said that they never saw anyone at the parties who appeared to be underage. Neither has spoken with federal investigators, they said.

Gaetz has denied ever paying for sex and over the past two weeks has sought to frame the allegations against him as the result of political bias in the justice system and the media. He has also accused investigators of twisting his generosity towards women into something criminal.

“Providing for flights and hotel rooms for people that you’re dating who are of legal age is not a crime,” Gaetz said in an interview with Fox News late last month.

Meanwhile, New York’s Democrat Governor Andrew Cuomo now has ten women alleging sexual harassment while working for him. He still hasn’t stepped down. He hasn’t been arrested. The liberal media isn’t talking about it… Funny how that works.

Joe Biden just spit in the eye of Saudi Arabia as a solid for his buddies in Iran.…
byMark Megahan
No comments 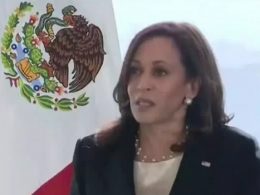 Report: Palestinian Terrorists are Killing Their Own People in Droves