A grand jury has just indicted a former Louisville, Kentucky cop, Sgt. Brett Hankison, on wanton endangerment charges in connection to the police raid that led to the death of Breonna Taylor.

Hankison fired 10 shots during the raid, and was only charged for having fired shots that ended up in two neighboring apartments. Hankison was charged with three counts of wanton endangerment, due to the shots entering three separate apartments, including Taylor’s. Wanton endangerment in the first degree is a Class D felony, which has a maximum sentence of five years in prison.

Hankison’s employment was terminated by the Louisville Police Department in June, as the department concluded that he had displayed “an extreme indifference to the value of human life.”

An attorney for the Taylor family, Ben Crump, condemned the lack of charges related to Taylor’s death in a tweet.

“Jefferson County Grand Jury indicts former ofc. Brett Hankison with 3 counts of Wanton Endangerment in 1st Degree for bullets that went into other apartments but NOTHING for the murder of Breonna Taylor. This is outrageous and offensive!” Crump tweeted.

Officer Myles Cosgrove and Sgt. Jonathan Mattingly, two other cops involved in the raid, were not criminally charged by the grand jury.

A warrant has been issued for the arrest of Hankison, Judge Annie O’Connell has set bail at $15,000.

The death of Breonna Taylor, 26, who was hit by six shots, sparked massive protests this summer alongside the George Floyd protests.

Louisville’s mayor preemptively imposed a curfew from 9 p.m. to 6:30 a.m. for the coming days in anticipation of possible riots after the announcement of the grand jury’s findings.

Taylor, an emergency medical technician, was at home with her current boyfriend, Kenneth Walker on the night of March 13th, when Louisville cops attempted to execute a search warrant on her home.

Though police had a no-knock warrant to search the house, officers have stated that they did knock on the door and announce themselves. Walker claimed he was awoken by the knocks, but did not hear them identify themselves, so he shot a ‘warning shot’ at the bottom of the door.

The search warrant was for drugs or money related to an investigation of Taylor’s former boyfriend, Jamarcus Glover.

Cops say they began firing after they were shot at as they entered the house. Walker has claimed he thought the house was being broken in to, and he fired in self defense.

The city of Louisville has agreed to pay $12 million to Taylor’s family as a settlement in a wrongful death lawsuit, though the city did not admit any wrongdoing.

According to information obtained by Brandon Tatum, former police officer and co-founder of the #Blexit movement, Breonna Taylor was involved in criminal activity.

The LMPD Homicide Unit learned that the car that a homicide victim, Fernandez Bowman, was found in was rented by Breonna Taylor. Taylor’s boyfriend at the time, Jamarcus Glover, who she had been dating for 3-4 months, had been using her rental car from time to time, according to Taylor.

The victim’s brother, Demarius Bowman, had been arrested with Glover on multiple occasions.

Through surveillance, police had seen Glover at a house that they were observing for narcotics trafficking. Glover was driving a car that was registered to Taylor.

Street Justice: Group of Fathers Take Down Disgusting Child Pedo After He Does THIS 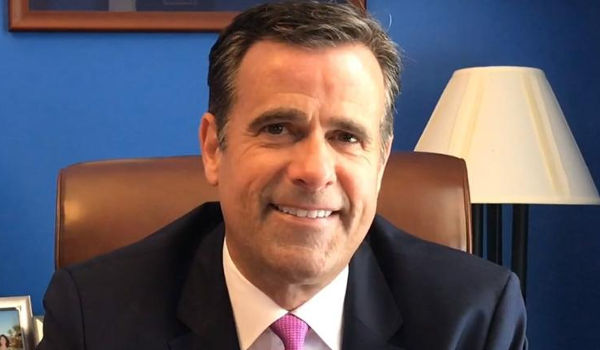 After Epic Performance During Impeachment Hearings, Ratcliffe Lands Once in a Lifetime Opportunity 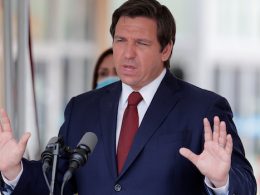