He is Now Under Investigation For Criticizing the CCP, Welcome to Joe’s New Communist America

A law professor at the University of San Diego is under investigation after criticizing China’s communist government in a blog post. The professor, Tom Smith, made clear references to the Chinese government, but students and faculty interpreted his remarks as attacks on Chinese people, specifically, University of California-Los Angeles law professor Eugene Volokh wrote.

Smith began his blog post with a quotation from a Wall Street Journal opinion article written by Holman W. Jenkins, Jr., a member of the paper’s editorial board. Smith quoted the following:

Alas, the World Health Organization mission is turning into a case of disaster foretold. A credible inquiry requires China’s full cooperation, not just cooperation with those lines of inquiry that are consistent with its own propaganda. And couldn’t somebody have put Peter Daszak, team member from New York City’s EcoHealth Alliance, under permanent mouth quarantine?

To insist that human encroachment on nature is the great risk tells us nothing about what happened in this particular case. To insist, as he did on NPR, that China’s manhandling of the delegation with greeters in full hazmat garb, its forcing of the visitors into 14-day quarantine, was merely testament to China’s Covid rigor overlooks another possibility: China was seeking to intimidate and dominate the investigators because of the colossal importance it places on controlling the virus narrative.

Time to hold China accountable for the Wuhan flu/China virus.https://t.co/AYgyUP2GZH

China lied about the virus and got away with it

Smith then wrote a single paragraph of commentary regarding the information from Jenkins:

If you believe that the coronavirus did not escape from the lab in Wuhan, you have to at least consider that you are an idiot who is swallowing whole a lot of Chinese cock swaddle. At least Peter Daszak has good personal and financial reasons, not to mention reasons of career preservation, for advancing what he must know is a facially implausible thesis. But whatever. Go Science!

So you’re allowed to define Brazilian, South African, and UK COVID variants, but you’re not allowed to call it China-virus.

In RARE Form, CNN Admits the Truth About Trump 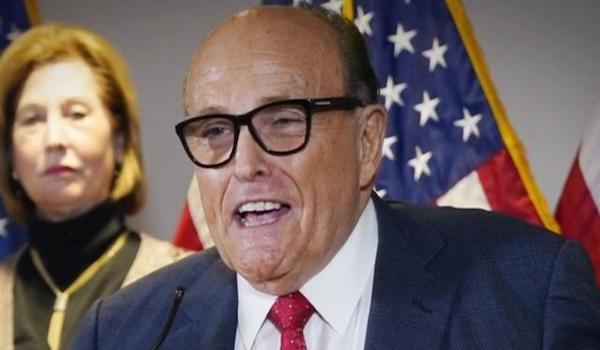 President Trump’s legal team is working to present their case of voter fraud to the American people. Meanwhile,…
byRyan Michael
No comments
"