Philip Haney was the man that blew the whistle on jihadists in this country being covered up by the Obama administration.

According to Law Enforcement Today, Haney is now dead, found shot to death near his car.

While the publication stated that it had not yet been able to confirm the report, its sources inside the local Sheriff’s office have informed them that an investigation is underway.

Details are still fuzzy about exactly what happened, but it does appear as though he was shot to death.

Friends and relatives have already reached out to say there is no way this man committed suicide, but they also made it very clear he had numerous enemies after exposing the Obama administration.

Haney was the author of “See Something, Say Nothing,” as well as an advocate to stop the far left from taking over this country.

As stated above, in the process, he has created a significant enemy list.

When Haney was in the Obama administration, he had been tasked with investigating jihadists.

He was then ordered to delete and scrub records on jihadists in our country that were being monitored.

Haney then went public, stating that the investigation he had been working on could have potentially prevented the attack that happened in San Bernardino in 2015.

During that attack, Syed Rizwan Farook and Tashfeed Malik shot and killed 14 people, wounding an additional 22.

Was this a random shooting or something more sinister?

Rumors are surely going to start to fly and eventually the truth will come out.

This is obviously a developing story, so we will update as soon as possible when more details are available. 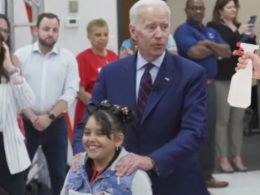 The Wisconsin Supreme Court just thwarted Democrats’ plan to postpone regularly-scheduled elections. If they had been allowed to…
byChris Dorsano
9 comments