Just what the country needs… NOT!

The biased mainstream media is about to take an even more radical turn to the left.

On Tuesday, it was announced that YouTube will be funding the TYT Academy, an online “news” academy that will be run by The Young Turks (TYT).

The Young Turks are about as left-wing and progressive as it gets.

Their opinion show has been running for 16 years and first originated as a radio talk show.

TYT first came to true prominence in 2006 when it conducted a “Live on Air Filibuster” for 99 hours during the congressional hearings for Samuel Alito’s Supreme Court nomination.

That alone should tell you all you need to know about the political stance of TYT.

Up and down its lineup, the hosts of the show are anti-Trump and anti-conservatism.

When Trump was elected, it was almost comical watching them breakdown on-air as they simply could not believe Donald Trump was going to be president.

They were very typical of the arrogance the left had in an outsider being able to defeat Hillary Clinton.

The new online academy will fall under the umbrella of the $25 million commitment by YouTube for online news efforts as well as being part of the much larger $300 million Google News Initiative.

YouTube stated that TYT is a “logical fit” for this investment, which again, shows you the direction of the mainstream media and social media platforms.

The new program, once it is up and running, will be a two-track program teaching “journalism tactics and responsibilities” and “best practices for online video production across many online platforms,” including but not limited to YouTube.

The new program will start testing with up to as many as 15 people, then they hope to expand it as they work out the kinks.

Naturally, conservatives are worried this academy will be about pushing the liberal agenda, but TYT’s Steven Oh says that will not be the case.

Oh stated that it is  “not interested in cranking out journalists who share our political viewpoint whatsoever.”

Considering the stance TYT has taken over the years, I find it very hard to believe the “best practices” and “journalism tactics” will not reflect a liberal ideology.

Guess what? It’s actually possible to “break” a crypto-coin. Imagine looking in your Ethereum wallet and seeing $5.8…
byMark Megahan
No comments

Just when you thought things couldn’t get much worse under the new Imperial Leader, Democrats are already hyping…
byMark Megahan
No comments

Turns Out Tequila Will Make You Do Some Crazy Sh*t, Check This Out 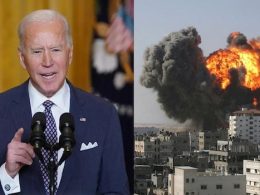 For the first time, fans of the Navy and Air Force elite flying squadrons have a chance to…
byRyan Michael
No comments