You never know what might turn up when you start a road project. The Israel Antiquities Authority announced they found a 1,500-year-old Greek message that starts with the words “Christ, born of Mary.” According to archaeologist Yardenna Alexandre, “When we came across the inscription, we knew we had a church.”

Inscription from one of earliest churches

on Wednesday morning, the Israel Antiquities Authority proudly announced the discovery of a piece of stonework bearing a significant inscription.

The message carved a millenium and a half ago reads “Christ, born of Mary. This work of the most God-fearing and pious bishop Theodosius and the miserable Thomas was built from the foundation. Whoever enters should pray for them.” Theodosius was the man who sponsored the church’s construction. He was “one of the first Christian bishops.”

The sign would have originally adorned the entrance but that isn’t where they found it.

With a road being built through the village of et-Taiyiba in the Jezreel Valley, archaeologists Tzachi Lang and Kojan Haku put together a team of students, volunteers and workers from the local community to scout for antiquities before they were destroyed.

“We did not know what to expect ahead of the work, but we knew that this was an area where archaeological remains had been found,” Yardenna Alexandre explains. The stone bearing the inscription had been recycled to other uses.

The original church may have been destroyed “in one of the several earthquakes that hit the region during this time.”

The stone was then reused by the Christians or Jews who constructed the subsequent two-room structure, adorned by geometric mosaic flooring, that was recently excavated. When they used it the second time, “the inscription faced inside the wall and would not have been visible.”

Dr. Leah Di Segni with the Institute of Archeology of the Hebrew University of Jerusalem points out that “the inscription greets those who enter and blesses them. It is therefore clear that the building is a church, and not a monastery.”

“Churches greeted believers at their entrance, while monasteries tended not to do this.” He also added that “Christ born of Mary was intended to protect church-goers from the evil eye and was commonly used at the beginning of inscriptions and documents of the time.”

The folks who do their digging with a paintbrush can’t stop chattering about the small piece of stone. “The importance of the inscription is that until now we didn’t know for certain that there were churches from this period in this area. Other remains from this period have been uncovered in nearby Tamra and a monastery was recently discovered.”

Walid Atrash of the Israel Antiquities Authority notes, “This is the first evidence of the Byzantine church’s existence in the village of et-Taiyiba and it adds to other finds attesting to the activities of Christians who lived in the region.”

New York Times Writer Openly Calls for Lynching of Mike Pence, Then Tries to Walk it Back 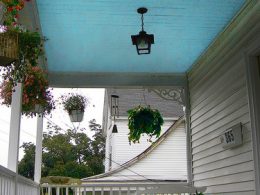