Republican Senator Ted Cruz deserves some bonus credit for the bold play he made last week in his staunch defense of the Constitution. The way he stepped up to bat for President Donald Trump demonstrated exactly why he has such “all-star” status in the Senate.

It’s a moot point now because the Supreme Court gave the Trump administration the cold shoulder over reviewing the fraud in Pennsylvania’s election.

SCOTUS may have let America down but that doesn’t take anything away from the senator for offering his services. Cruz was all set to take on the Supreme Court singlehandedly to fight election fraud.

The case that Senator Cruz was all set to prosecute alleged that “no-excuse mail-in voting is unconstitutional.” Everyone expected the solidly conservative court to agree that “the commonwealth’s mail-in votes in this past presidential election could be thrown out.” They entirely ducked the issue.

Ted Cruz and his colleagues “supported passage of Act 77 because we believed every Pennsylvanian should have more opportunities to participate in our democratic process.”

The legislation, he notes, “was carefully drafted to protect the integrity of our elections and included specific provisions relating to deadlines and signature verification.” What is the point of having laws if nobody enforces them when they are violated?

In a statement, Cruz added that the State Supreme Court later “overruled the will of the legislature and governor by changing deadlines and eliminating provisions requiring signature verification, thereby applying much looser standards to mail-in ballots than are applied to ballots cast in person.” That opens the door to serious fraud.

According to Senator Cruz, the controversy “raises pure issues of law, and I believe the Supreme Court should choose to take the case. I think they should hear the appeal.” Many other Americans agreed but SCOTUS didn’t.

They shot the idea down in a single sentence which only said they weren’t interested in hearing the arguments. This is a serious issue affecting every single American now and for generations to come. “Right now, it is not healthy for democracy, what we’re seeing, and in Pennsylvania, the problem was made worse because the Pennsylvania Supreme Court is a partisan Democratic court that issued multiple decisions just on their face contrary to the law. That’s not how elections are supposed to work.”

Cruz isn’t the only member of the Senate Judiciary Committee who thought this was a perfect opportunity for SCOTUS to set the record straight.

“At a time when this country is so divided, when people are so angry, I think we need a sense of resolution, and we need the Supreme Court to step in and ensure that we’re following the Constitution and following the law.”

The Walls are Caving in Around the Biden Family, It's FINALLY Happening

If the towing companies stab their friends and customers in the back now, they will never get their…
byMark Megahan
No comments 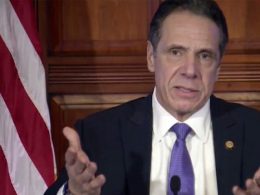 After Murdering Thousands of Nursing Home Patients, He Does THIS!!

Gov. Cuomo is having a hard time holding his tongue. The embattled politician lashed out, arguing it’s “not…
byChris Dorsano
No comments