This raises even more questions about his death…

It has now been three years since Justice Scalia passed away and there is still information coming out that has conservatives wondering if his death was not suspicious.

A judicial watchdog group, Fix the Court, has reportedly obtained new documentation that sheds a little more light on exactly what happened prior to the country finding out Justice Scalia had passed away.

The records obtained were reportedly directly from the United States Marshals Service (USMS).

The report stated Marshals were not notified for several hours after Scalia had passed.

Then, even after they did find out about his death, they did not respond right away.

Both of these circumstances are a bit concerning, especially concerning the high-profile nature of the deceased.

Gabe Roth, Fix the Court’s Executive Director, stated that these documents “present new information on how federal agents responded to a momentous event in an isolated part of the country and for the first time reveal the formal policies, and underscore the shortcomings therein.”

The USMS is the agency responsible for protecting our justices.

Now, it should be noted that Justice Scalia did decline escort protection on his trip to the Texas ranch, that is not the concern here.

The concern is either the disregard after it was clear something happened to the Justice or the miscommunication that resulted in such a slow response.

In all, it was more than four hours before anyone from the USMS showed up at the ranch, a full two hours after they were notified.

This, of course, is in conjunction with the many questionable facts around his death already.

For instance, why did it take the local sheriffs so long to contact the USMS?

There were also reports that said the bed looked undisturbed, even though this is where he was allegedly found.

Many still question whether or not Justice Scalia was actually murdered so Democrats could appoint a liberal to the court before the election just in case Hillary lost (which she did).

Honestly, we may never know the real facts and reports like this only create more questions about what really happened to our Chief Justice on that Texas ranch.

Tomi Lahren NUKES Michelle Obama after She Says THIS 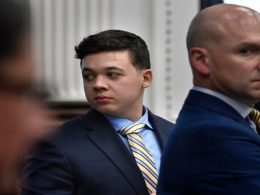 Terrorists reportedly opened fire on a crowd of protestors, killing two and injuring others, and also beat protestors…
byAnastasia Boushee
No comments

In Seattle, WA a 22-year-old freelance photographer was savagely beaten unconscious in a brutal robbery according to a…
byMatthew Holloway
No comments
"