The Maricopa County Sheriff’s office found a lot more than they were looking for in a hidden underground bunker. To serve a search warrant on October 25, they paid a little visit to the Hole in One RV, Boat & Toy Storage facility. That’s exactly what they found, too. A hole under one of the RV’s. The one which the owners lived in.

A three level underground bunker was discovered in Waddell, Arizona, which lies along the far west edge of metropolitan Phoenix and comes under county jurisdiction. For over a year now, deputies and investigators have been probing an alleged theft of utilities.

Power company Arizona Public Service was convinced that someone was tapping into one of their junction boxes for free electricity. 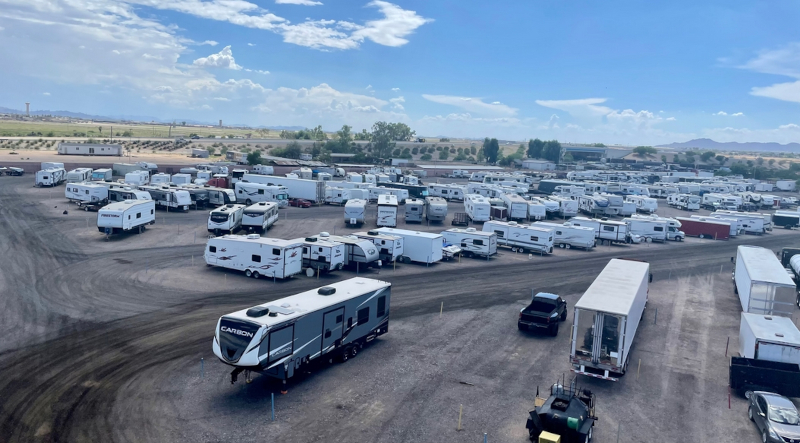 Once they got there and started following power cables around, they came to the conclusion that 61-year-old Laura Swink and her 35-year-old son, Steven Swink II, were definitely tapping into APS illegally and they weren’t just powering their RV with it either.

After entering the unit, they discovered a trap door in the floor leading down into an elaborate tri-level underground bunker made of cargo containers.

MCSO had more than enough to book them on theft of service charges, criminal damage and obtaining utilities fraudulently.

That got them out of the way while deputies continued to search. By the time they got done inventorying the contents of the underground operation, they found all sorts of other things to add to the list of charges. 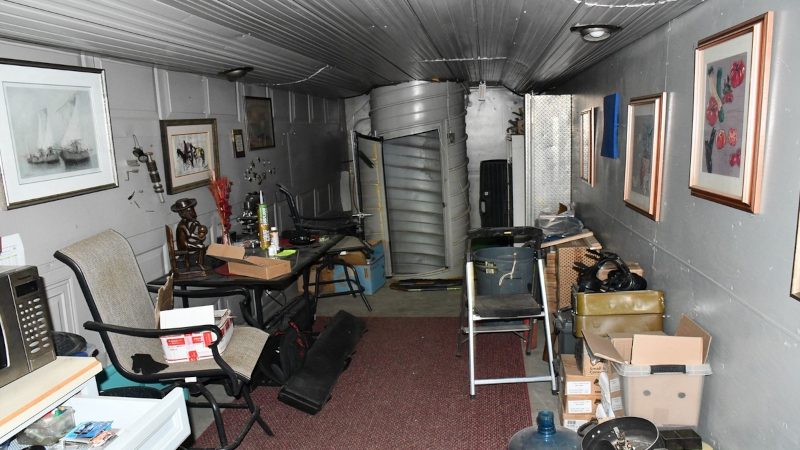 The hidden shelter had all the comforts and homey touches. There are pictures on the walls and knickknacks on the shelves. Authorities describe it as “a large underground bunker, which consisted of several convex and semi-truck boxes that were stacked together” in three layers.

For convenience, it was “equipped with scissor jack elevators and tunnel ladder systems.” 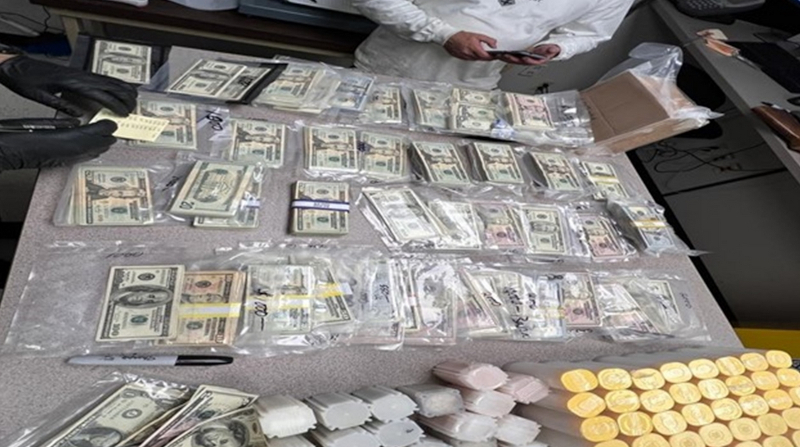 With a million dollar underground operation going one would think they could use some of the profit to invest in solar power. If they hadn’t been greedy enough to tap into the power grid they could have continued business as usual for a long, long time.

At least they didn’t electrocute themselves trying to hook it up. That’s what usually happens in those cases. APS isn’t often in doubt on theft of service cases because it blows all the circuit breakers and they come out to find a still smoking body.

How Convenient For Joe...NO RECORDS KEPT 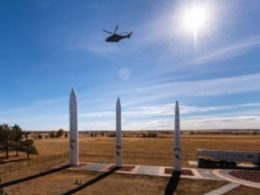 If it Works, We’ll All Be Rich

“If it works, we’ll all be rich,” Eric Schwerin typed to Hunter Biden in August 2011. Not long…
byStaff Editor
No comments

Nobody seems to wonder why the FBI is so concerned about maintaining their cozy relationship with the media.…
byStaff Editor
No comments

Did you ever stop to consider that eating bugs might be better than bacon? No? Well, there’s a…
byStaff Editor
No comments