A Trump administration official just filed a $50 million dollar defamation lawsuit against CNN. Kash Patel is accusing the network of engaging in a “pattern of retaliation and discrimination” against him. CNN turned on Kash Patel after he exposed their disinformation campaign against President Trump.

Kash Patel, the chief of staff to Acting Secretary of Defense Christopher Miller, has filed a $50 million defamation lawsuit against CNN and several of its top reporters, claiming the network published false statements and promoted “unfounded Left-wing political narratives” by painting Patel as a pro-Trump conspiracy theorist seeking to smear Joe Biden.

The lawsuit names several CNN reporters including Barbara Starr, Zachary Cohen, Ryan Browne, Alex Marquardt and Nicole Gaouette as defendants, in addition to the network itself. It claims CNN “deliberately or recklessly conveyed a false message to sensationalize the news and humiliate Patel.”

Kash Patel’s attorney, Steven S. Biss, says CNN targeted him after he helped debunk the network’s narrative that Trump colluded with Russia to win the 2016 election.

“Publication of the Defamatory Statements is part of a general pattern of retaliation and discrimination against Kash, and a larger conspiracy undertaken between 2018 and the present to discredit Kash through the publication of false statements and the promotion of unfounded Left-wing political narratives,” Biss said in a statement.

Biss went on to say, “Defendants harbored extreme professional and personal animus, bias, spite and ill-will towards Kash as a result of Kash’s revelations of CNN’s corrupt business practices and deceitful misreporting. Because of this malice and desire to injure Kash, Defendants knowingly and recklessly ignored the probable falsity of the story and printed it.” 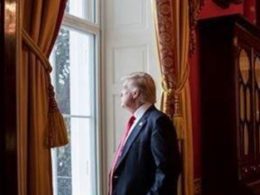 In the state of Arizona, a case of Trump derangement syndrome virulently spread throughout Legislative District 15 in…
byMatthew Holloway
No comments 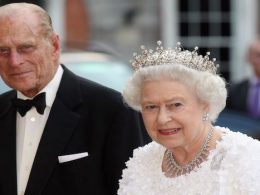 An exclusive group of military veterans has been deployed again to fight domestic enemies. Five years ago, U.S.…
byAmalia White
One comment
"