It is every mother’s worst nightmare, and it happened to one mother as she and the rest of her family were working as day laborers.

She awoke early one morning in 2016 in her family’s tent encampment to find that her 11-month-old had totally vanished.

“I totally screamed,” she said. “I ended up shouting so loudly that I woke everyone up in nearby tents and then everybody in our Delhi construction community started looking for her.”

The good news is that they eventually found the girl. The bad news is that it took two hours and she was battered and bruised and had been raped.

Unfortunately, this precious little girl had not only been kidnapped, but she was also held against her will and terrorized for two hours straight!

Imagine how sick you have to be to rape a toddler and betray the trust of those you are supposed to be closest to in the community.

“We didn’t expect this,” the mother of the kidnapped girl said “We were a peaceful community, and it’s usually very nice We all live and work together. We didn’t think anything like this could happen We never fight with anyone We feel totally helpless about this.”

Unfortunately, even when you get to know people well, that doesn’t necessarily mean you can trust them.

The girl was discovered in a nearby jungle, she was bleeding profusely from her private area and she was near death. She survived, but she required stitches in order to survive the ordeal.

Police arrested and charged Vijay Singh, 42, for the crime. He admitted to holding the infant hostage for over two hours and sexually assaulting her and tearing her clothes.

“When I saw the police holding my baby, I was in shock,” the toddler’s mother said. “I was numb and I couldn’t understand how this could have happened.”

The mother and father of this child now fear greatly for her and worry about the kind of future she will have. Will she have long-term health concerns because of this?

“We cannot stay here any longer,” the father said. “We will find another place to stay and continue working, but we do not feel safe here. God is going to punish this man for what he has done to our family.”

Booze Fueled Frat Get Down Leads to Sudden Death 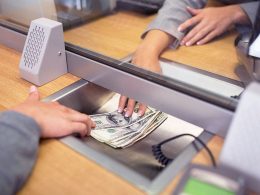 Finally A Bank That Adheres to Our Values

Around 90% of mainstream commercial banks donate money toward abortion. Finally, a new bank is emerging that adheres to conservative, Christian…
byAnastasia Boushee
No comments

A family in LaFayette, Georgia, won’t be hosting photographers from Better Homes and Gardens any time soon. They’re…
byMark Megahan
No comments
"