Two dedicated ISIS supporters are in federal custody after the FBI unraveled their “Netflix-worthy” plot to assault high profile government related targets including a potential bomb attack on Trump Tower in New York.

Alleged director of the FBI, Christopher Wray, desperately needed some support for his off the wall statement that White Supremacists and right-wingers are more of a threat than Antifa, which to him does not even exist. On command, the agents of the Federal Bureau of Instigation looked at a few of the extremists they’ve been grooming in the chat rooms and found a cell that looked ripe for harvest. Two men were arrested Monday for a plot the agents seem to have been following since August.

Jaylyn Christopher Molina, a.k.a. “Abdur Rahim,” was arrested by the FBI in San Antonio, Texas while his co-conspirator, Kristopher Sean Matthews who calls himself “Ali Jibreel” was scooped up in Tennessee for his part in the plot. As part of their “Netflix-worthy” terror attack on New York City, they planned to bomb Trump Tower in support of ISIS. “Let it be clear, I am against America,” Molina posted in early May. “America is my enemy.”

Court documents confirm that the FBI “intercepted their communications.” They don’t say when but the entries tend to indicate they were aware that the plot was brewing by the end of August. They note that “earlier this year,” Molina wrote on social media that America was his enemy. Last year, Molina set up an “encrypted messaging app” and went fishing for “an ISIS facilitator outside the United States to help him travel to Syria and recruit additional members.” In May, “he allegedly posted images in the encrypted chat that provided bomb-making instructions” along with “manuals on how to train with an AK-47.” At the same time, Matthews got involved.

Kristopher Matthews had a number of suggestions to get the plot going, but he was squeamish about killing children and wanted to avoid that. The documents show Matthews “suggested it would be better to attack government centers rather than places like ‘malls where innocent children are,'” preferring “attacking sites such as government buildings, including CIA headquarters, the FBI and DEA headquarters.”

It was Matthews’ idea to target “Trump Tower and the New York Stock Exchange.” Those sites “would give the pair ‘rock star status, baby'” and a whole series of “attacks across the U.S. ‘could be Netflix worthy.'” They were clear the whole plot was inspired by and in support of ISIS. Molina liked what he was hearing. “we need to stick together, we need to defeat them, we need to take a lot of casualties.”

In early August, the plot thickened as they contemplated a “multi-wave” strategy of repeated terror attacks. “Molina also described attacking communications centers and plans to ‘fortify a town barrier and establish the first bases or establish a HQ.'” It appears that the FBI was listening intently by the end of August. The FBI admits, they “used undercover agents and confidential sources to track down the pair.” One of those sources may be the “woman” who contacted Molina in late August, “from an unidentified European nation who sought bomb-making instructions.” If they didn’t plant her into the conspiracy directly, they may have been monitoring her activities and she led them to the domestic cell.

The pair are charged with conspiring to provide material support or resources to a designated foreign terrorist organization and if convicted of the plot then they’re looking at “up to 20 years in prison, a $250,000 fine and a lifetime of supervised release.”

Kayleigh McEnany Goes Scorched Earth on Prominent Democrats...Holds NOTHING Back

Another Democrat Lawmaker Arrested for Lawlessness

America Last: Biden’s Exec Order Blitzkrieg Will Only Get WORSE

Under the rule of Imperial Leader Biden, the interests of America will come dead last on the world…
byMark Megahan
No comments 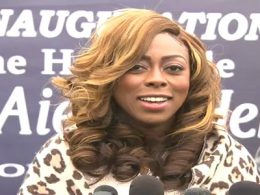 Dolton Illinois, a suburban community south of Chicago, elected both its youngest mayor and its first female mayor…
byScott Moore
No comments
"