Fox News has fired yet another conservative, this time for a truly shocking reason. After conducting an internal investigation and making the allegations against him public, the network fired Judge Andrew Napolitano.

John Fawcett, an employee who works on Larry Kudlow’s show on Fox Business Network, is suing Fox News claiming that he was sexually harassed by Napolitano.

Fawcett, 27, claims that Napolitano “stroked his arm and made suggestive comments while they were on an elevator together.”

The lawsuit against Fox states, “Even though the two had never met previously, Judge Napolitano stood awkwardly close to the plaintiff, started stroking his arm, and asked who the plaintiff worked for.”

“You see these hands? They look clean, but they get really dirty,” the lawsuit alleges Napolitano suggestively said to Fawcett.

“It was common knowledge that Judge Napolitano sexually harassed young men at Fox News, and it had even happened to one of the plaintiff’s co-workers,” the lawsuit states. “The plaintiff did not initially report the incident to human resources, however, because he did not want to jeopardize his career at Fox, but he did tell Mr. Dobbs.”

“Fawcett told Dobbs who in turn reported allegations to Fox’s chief human resources officer, Kevin Lord, who is alleged to have responded dismissively: ‘Well, what are you going to do about it?’

Fawcett claims the network did nothing to intervene despite there being two similar outstanding lawsuits against Napolitano.

He has said executives ‘will bend over backwards to protect such behavior so long as it is perpetrated by senior management or prominent on-air personalities.’”

Fawcett is also claiming that he heard Larry Kudlow “use slurs and make sexually inappropriate remarks ‘in front of multiple staffers,’” including suggesting a “three-way” with another Fox anchor.

Despite firing Napolitano, Fox News is also accusing Fawcett of looking for a big payout.

This isn’t Napolitano’s first time in hot water over these kinds of allegations. The former judge was sued in 2020 for an incident that allegedly occurred in 1988, which he denied. Fawcett is also claiming that there are two other pending harassment lawsuits against Napolitano.

“To fire a guy and disgrace him for life over a single incident of flirting seems a bit over the top. But maybe there are additional allegations. Maybe the investigation turned up a real problem. Regardless, as a political and legal commentator, Napolitano was totally useless and a straight-up embarrassment…

At one time, Napolitano was a fairly interesting commentator. Even when I disagreed with him, he was at least thoughtful. But then, for whatever reason, like many others in the media, Trump so unwound the judge he repeatedly sold out his integrity and credibility.

Napolitano might not deserve to go down in a flame of harassment disgrace, but I’m sure not going to miss him.”

Another NeverTrumper bites the dust. https://t.co/kUN5Z1Vrzr

The FBI Decides They Need to Investigate Police in THIS State 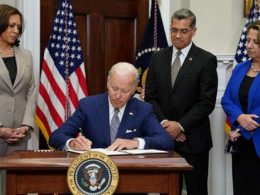