For more than a week, Fox News pundits have been critical of other networks cutting away from the daily White House coronavirus updates.

Now, Fox News has joined these networks by cutting away to go to panel discussions.

When the H1N1 outbreak was taking place, Obama got wall-to-wall coverage during every briefing and nobody complained.

Suddenly, the Trump press conferences are being cut short because the left is touting them as campaign rallies for the President.

Up until now, Fox News had been the only network covering them in full, with at least one network saying the White House needs to request air time if it wants the presser covered in full.

CNN stated, “[I]f the White House wants to ask for time on the network, they should make an official request.

“Otherwise we will make our own editorial decisions.”

On Friday, for the first time, Fox News also cut the press conference short, deciding to go with a panel discussion on “The Story with Martha MacCallum.”

After the network cut away, several key speakers took the podium, including Education Secretary Betsy DeVos.

One of the bigger missed details was the plan to try to get school lunches delivered to homes that have children to lessen the financial burden on families.

During times such as this, there is nothing more important than communication.

While I will admit Trump sometimes goes off on tangents, it is usually because he is getting hit with either an outright attack by a member of the media or a “gotcha” question to try to trip him up.

Those moments have led to media members calling the press conferences nothing more than a daily televised rally for Trump.

This seems more like a way for the media to make Trump look like less of a decisive leader… a way for them to help Joe Biden since he is incapable of helping himself these days.

Considering the ratings for these daily press conferences rival that of Monday Night Football ratings, it just seems foolish to cut away from something Americans clearly want to see and hear. 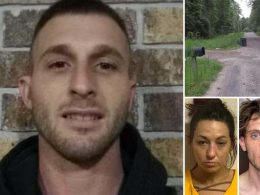 After an armed thug broke into his family’s house, a 12 year old boy snapped into survival mode,…
byAnastasia Boushee
No comments

Top Official Sacrifices His Life to Save Life of Film Director

One of Russian President Vladimir Putin’s former bodyguards, who later became a top government official, sacrificed his own…
byMark Megahan
No comments

As the Olympics begin in Tokyo, China is threatening Japan with a nuclear attack should it intervene in…
byScott Moore
No comments
"