Greyhound Bus Company Declares Itself a Sanctuary for Undocumented Immigrants

A really good reason to NEVER use Greyhound again.

Well, it looks like illegal immigrants will have yet another sanctuary to hide them from immigration officials.

On Friday, Greyhound, the largest passenger bus company in the country, stated that it will no longer allow Border Patrol agents on its buses to check for illegal immigrants.

Because buses are a relatively cheap form of travel, illegal immigrants favor them to get around the country after crossing our borders.

A regular practice of immigration authorities has been to spot check buses coming from border cities to ensure there are no illegal immigrants on board.

That is all about to change, though.

After the Border Patrol sent out a memo to its officers that they need permission from the bus company itself to do these checks, someone leaked the memo to the media.

Of course, the liberal media published the memo, and Greyhound jumped on this unexplainable movement to protect illegal immigrants by refusing Border Patrol permission across the board to enter any of its buses for this purpose.

The company also announced it will immediately provide training for its driver as well as placing stickers on all bus doors to make it clear Border Patrol is not welcome on the bus.

The company further stated, “Our primary concern is the safety of our customers and team members, and we are confident these changes will lead to an improved experience for all parties involved.”

So, they are hoping for a better experience for their passengers and drivers by potentially allowing criminal illegal immigrants on board… yeah, that makes a hell of a lot of sense.

The only thing Greyhound really did here was make it known to Americans that the bulk of the people that buy tickets on these buses are secondary to those that broke the law to get here.

While Greyhound is making it more difficult, it is not making it impossible.

Agents will still be able to monitor these buses and check passengers after they depart.

In fact, Greyhound is probably creating more problems for its travelers rather than less by doing so.

I would imagine there will now be considerable outrage on the conservative side of the aisle over this and there should be.

Quite frankly, I don’t understand this movement to provide cover for blatantly illegal activity, activity that has resulted in drugs coming into this country, child trafficking, human trafficking, murder, and rape.

So, the next time an illegal steals a child, then transports that child across the country via Greyhound, then sells that child to some pervert, I really hope Greyhound stands up and take responsibility because that could have been prevented had they allowed Border Patrol to sniff out the illegal and put them into custody. 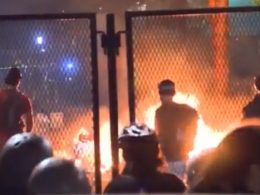 BLM rioters and looters very foolishly tipped their hand and were caught in the act, attempting to trigger…
byMatthew Holloway
No comments 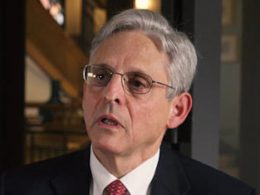 It’s well known that you can’t choose who your children marry, but this one is going to hurt…
byMatthew Holloway
No comments

As chaos consumes the fascist city of Portland, Oregon, federal agents are already being withdrawn as violence becomes…
byAmalia White
One comment
"