Is the FBI Looking to Frame This?

The infamous noose displayed outside of the Capitol on January 6 is now in the possession of federal agents, who apparently have some intention of saving it as a keepsake to memorialize their efforts to hunt down anyone seen taking a casual stroll through the building that morning. The makeshift gallows was not physically capable of being used and was clearly meant as a hyperbolic political statement, though it has taken on other significance in the eyes of the FBI and certain Democrats.

FBI gets a new souvenir

For the media and the Democrats in Congress who have been promoting a 9/11 style investigation into the events of January 6, the bright orange noose has been a rallying cry.

The implement has been taken as one of the principal pieces of evidence which allegedly reveal the violent intent behind the protest on January 6.

The identity of the individual or group which set up the gallows is unclear and no one has been arrested in connection to it.

The FBI received the noose from a Dutch journalist who recovered it from the scene and claims that he expected it to have some historical significance eventually.

The intention is apparently to have the Smithsonian take custody of the noose to display it as a museum piece once the investigation is complete. If it is ever complete.

For Democrats who believe that their feeling anxious in the presence of the unwashed masses is equivalent to the thousands of lives lost on 9/11 this will be a hallowed artifact and a powerful reminder of the dangers of letting the public have free speech.

For everyone else in the country, most of whom are already losing interest in the January 6 narrative, the noose is nothing particularly remarkable.

Leftist protesters routinely set up guillotines intended as a message to the target of their protests. These are always treated as symbolic expressions by law enforcement and the media.

The noose set up outside the Capitol was intended as a political statement in the same vein as these leftist protests and there was no specific show of violence associated with it.

As the FBI itself has found in its investigations, there was no plan to storm the Capitol and thus the people who set up the gallows did not do so with any expectation of subsequent events.

The noose was set up to serve as a particularly visceral image through which protesters could ensure that members of Congress would know that they felt that their voices were being ignored and suppressed.

The Capitol Hill noose may have a future in a Smithsonian exhibit through which the FBI will justify the metaphorical noose it is tightening around the throats of Americans who resist the agenda of the regime.

Key Takeaways from the Democrat 'Bloodbath' That Just Occurred 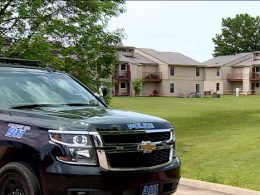 It was a scene that if the Democrat-Socialists in Congress have their way might never occur again. It…
byMatthew Holloway
No comments

He is Now Under Investigation For Criticizing the CCP, Welcome to Joe’s New Communist America

Joe Biden‘s disdain for the working class has already been made apparent, but this time, he’s gone even…
byAnastasia Boushee
No comments
"