Democrats are uniquely deft at destroying the American economy, but President Joe Biden just might shatter the record for the fastest time to do so. After taking the oath of office Wednesday, Biden was expected to sign several executive orders meant to undo the work of his predecessor, including orders to roll back protections for the unborn and dismantle border security.

However, it was Biden’s executive order to rescind the permit for TC Energy to build the Keystone XL pipeline that may be the largest hit to the economy, costing as many as 11,000 Americans their jobs, including 8,000 union positions. (Those figures come from an October TC news release estimating the number of jobs that pipeline construction would add to the economy in 2021.)

The project would have injected $1.6 billion in gross wages into the U.S. economy in 2021 at a time when jobs are most needed. The Wall Street Journal reported that the president signed an executive order to kill the pipeline on Wednesday.

According to Fox Business, the $9 billion project was more than 10 years in the making and would have spanned over 1,200 miles to send nearly 830,000 barrels of crude oil per day from Alberta, Canada, to Nebraska.

Liberals have opposed the pipeline due to environmental concerns, citing the extra fossil fuels required to process the type of oil the pipeline would carry, NPR reported.

Pipeline workers speak out against Democrats

President Barack Obama’s administration rejected the project in 2015, but the Trump administration made moving it forward a priority early on, with 300 miles completed since construction finally began last year.

The decision to quash the project also has international implications and puts Biden at odds with Canada, including leftist Prime Minister Justin Trudeau, who supported the pipeline.

After learning of Biden’s plans to nix the project, Premier Jason Kenney of Alberta, Canada, said in a Sunday statement he was “deeply concerned” about the consequences of Biden’s executive order to cancel the permit.

“Doing so would kill jobs on both sides of the border, weaken the critically important Canada-U.S. relationship, and undermine U.S. national security by making the United States more dependent on OPEC oil imports in the future,” Kenney said.

The conservative group Citizens United pegged this move as “the opposite of job creation” in a tweet Tuesday. “Bad start Biden, doing the bidding of the radical left – not what the American people signed up for.”

This is the opposite of job creation. Bad start Biden, doing the bidding of the radical left – not what the American people signed up for. https://t.co/yVfNmX8OKC #FoxBusiness

211 MILLION Dollars Worth of Drugs SEIZED

Street Justice: Group of Fathers Take Down Disgusting Child Pedo After He Does THIS

Evidence of Professional Fraud in Pennsylvania 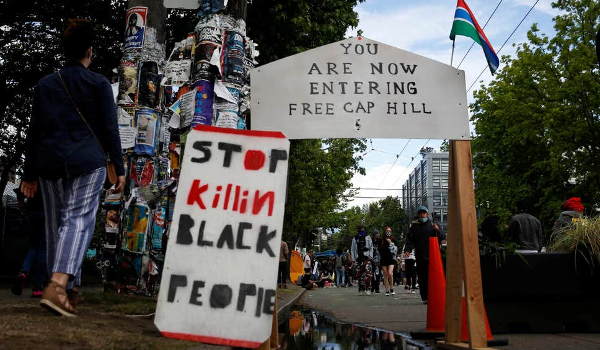 There aren’t any racist pigs from the police in the open societies utopia called CHAZ. They can murder…
byMark Megahan
2 comments

REPORT: Here is How Much of YOUR Money the Dems Have Wasted Since January 20th

The liberal answer to any problem is to throw money at it. Terrified Democrats insisting on a private…
byMark Megahan
No comments
"