The Civil War may have ended long ago but Johnny Reb hasn’t stopped inflicting casualties. A BLM rioter who wisely stood under a Confederate statue which he and his friends were attempting to pull down in Portsmouth, Virginia last year is still experiencing the effects of the traumatic brain injury that predictably occurred when the statue landed on top of his head. As usual, none of the vandals have been charged for their involvement.

One year after a statue honoring the common Confederate soldier landed on top of Chris Green in Portsmouth he is still experiencing the effects of the brain injury he received.

His wife reports that he currently has the mind of a 13-year-old, which may have been an overly generous estimate even before a large piece of bronze landed on his head.

The average 13-year-old presumably understands that pulling down a heavy bronze monument on yourself tends to be a bad idea, something which never occurred to the BLM rioters.

The statue they tore down honored Portsmouth locals who served in the Civil War and those who never came back. The monument was specifically dedicated to the common soldiers and sailors who served and it was erected by their families in the years after the war.

In place of this monument BLM supporters called for a statue to be erected in honor of a local rap musician. The final fate of the vandalized monument has not yet been decided.

Portsmouth police officers did not intervene while the vandals attacked the monument with hammers and ropes. The statue was doomed but it refused to go down without a fight.

Johnny Reb apparently decided to inflict one final casualty 156 years late. While helpless statues and monuments were being systematically torn down nationwide, one valiant bronze veteran decided to make a statement before he went down.

It was called a “Remove the Stain” rally but there must have been some disagreement over the identity of the stain in question. In the end, the vandals removed the statue, but they also removed Chris Green.

Rather than remaining home with his wife and children Mr. Green decided to spend that fateful evening harassing the memory of General Lee’s long dead soldiers. It was a very bad decision.

The next bad decision can be seen in a widely circulated video of the incident. The ecstatic mob crowds around the statue as they tear it down, then react in shock and horror as they begin to understand how gravity works.

Green, who barely survived the injury, will experience permanent brain damage. The vandals and Chris Green really have no one but themselves to blame, but that has not stopped them from blaming the city for not dismantling the monument for them.

The rioters claimed that they were there to destroy the monument because they are on the “right side of history.” One bronze soldier evidently disagreed with that opinion. 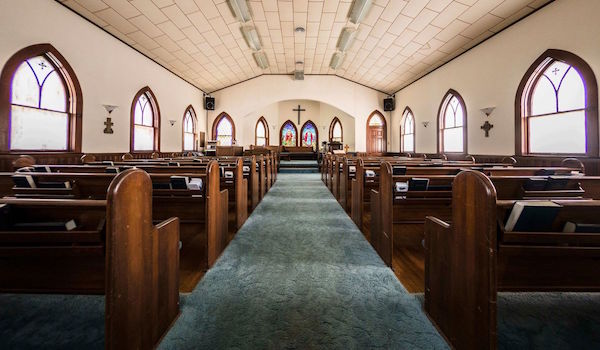 President Trump took aim at corrupt top members of the FBI who unrightfully attempted to impeach him. During…
byAmalia White
3 comments