Large Creatures Falling from the Sky and It’s Really Odd

Large creatures falling from the sky aren’t something you see every day but the really odd thing is that it happens a lot more often than people realize. What tends to get everyone’s attention is when a 71-year-old woman gets whacked in the head by a turtle flying through the windshield. Thankfully, she wasn’t driving and also wasn’t more seriously injured. The turtle walked away too.

Creatures flying down the freeway

Two women were confused and one was bleeding after a turtle crashed through the windshield of their car while zipping along Florida’s Interstate 95 on Wednesday. All God’s creatures including the reptile walked away from the accident. Port Orange Police Department took the 911 call.

“Something just came through the windshield and hit my mom in the head!” They thought it was a chunk of concrete. “A piece of concrete? It came flying through the glass.”

“There’s so much blood,” the driver reports. The audio of the 911 call captures the dispatcher first advising on how to slow the bleeding.

As the daughter of the 71-year-old victim frantically worked to soak up the freely flowing blood with handy towels, the “most massively useful object in the galaxy,” Another driver appeared on scene. That’s when they determined the creature’s identity.

Once help arrived on scene the women had a chance to investigate further but the 911 operator was still on the line. “There’s a turtle in there!” the incredulous sounding caller declares.

“A turtle?” the dispatcher confirmed. “A turtle! An actual turtle,” the woman answered. In the southland, it’s as common for creatures like turtles to come ballistically through windshields just like other common road debris. 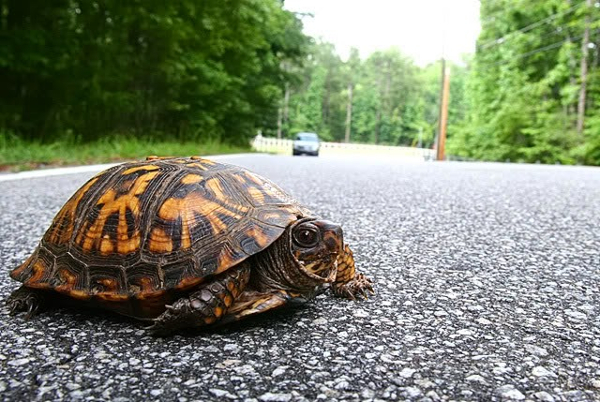 Released in the woods

The older woman was dazed and bleeding all over the place but never lost consciousness. Creatures like turtles aren’t used to the abuse of being struck by a car then launched airborne and through a sheet of thick glass but at least it had armor and a lot of luck.

Firefighters “discovered the turtle was alive and apparently free of serious injuries, suffering only scratch marks to its shell, firefighters released the turtle into the nearby woods.” A little turtle wax and it’ll be as good as new. The human victim went to the hospital for a checkup.

Officer Andre Fleming issued a statement for the department noting that the victim was taken to Halifax Health Medical Center in Daytona Beach where doctors determined the cut above her eye “was not a serious injury.”

She didn’t seem to have concussion and at least both eyes were looking in the same direction so she was released and expected to make a full recovery. The driver claims she didn’t see the turtle, flying Gamara like through the air until it was about to crash through her windshield. Police say it’s common for creatures like turtles to get kicked up like that when they get nicked by a vehicle tire.

Latonya Lark and her brother Kevin Grant had a similar incident with one of the creatures in Savannah, Georgia. When she saw it through the corner of her eye, Latonya thought it was a brick. “Oh my God there’s a brick flying across the highway.” When it struck, it “sounded like a bomb went off and glass went all over my brother.”

The turtle “embedded itself halfway through her shattered windshield.” Unfortunately, that one didn’t make it. “But the really sad part is that the turtle died. That was really upsetting,” Ms. Lark regrets. The unfortunate reptile was pronounced dead at Savannah Animal Care. 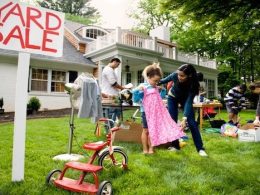 Talk about your yard sale finds. A small porcelain bowl bought for $35 at a Connecticut yard sale…
byRyan Michael
No comments 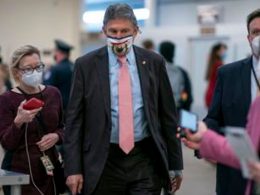 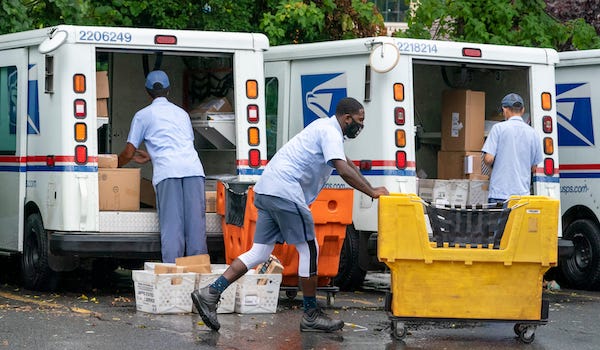