Karma is a bitch!

There a few things I enjoy more these days than seeing a snowflake liberal pay for their ignorance.

Somewhere along the line, it became okay for liberals to think they can get in our face without repercussion.

In this case, the man thought he would be able to slap a man in the head, knocking off his cap, without the man doing something.

I guess he figured being loud and obnoxious would be enough to deter the “victim” from retaliating.

He was, as you are about to see, very wrong…

(if the video is not showing, you can view it on Fly Height – click here)

It’s Only a Matter of Time

I have been saying since Trump was elected that if we allow these liberals to become more emboldened, violence is going to break out.

To be clear, I am not advocating conservatives taking to the streets, but I am very much saying that when someone gets in your face, don’t be afraid to fight back.

I see these people taking beatdowns by ANTIFA thugs and just walking away.

We are seeing people literally run over voter registration tents that have Trump supporters in them.

Conservatives are being shamed in restaurants and in public.

This is because most of us that are capable of fighting back have not been approached because these snowflakes would not dare attack us in a group that could fight back.

It would be great if we could actually sit down and have a conversation with people because every time I have personally had that opportunity, the person sitting across from me has been amazed at how much we actually have in common.

Yes, we all have issues where we make a firm stand, and that is fine, but there is a bunch of stuff that can be thrown into the middle of the table and solved without attaching poison pills to it.

But, rest assured, if you don’t want to talk and if you express a desire to invade my space and attack me without cause, you are probably going to end up on your ass, just like the snowflake in the video above.

Don’t’ be the aggressor, because we all know how the media will play that out, but don’t be afraid to defend yourself either.

These people need to be taught a lesson that we will not be bullied into silence.

[Video] Bloomberg Comes Up With a Big NOTHING Burger

Phillip Adams, a former NFL cornerback who played six seasons in the league with six different teams, was…
byRyan Michael
No comments 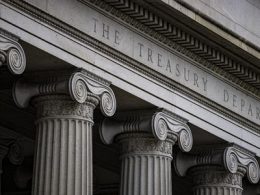 Any proposed solution to America’s debt problem is bound to have its issues. One current favorite in some…
byScott Moore
No comments 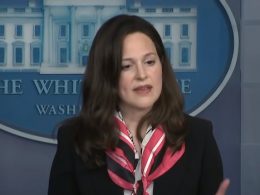 Nurse Enjoyed Injecting Patient’s Arteries With Oxygen to Murder Them