Liz Cheney decided she wanted to go on a witch hunt against President Donald Trump and many GOP members are fighting back landing Cheney in serious trouble.

Big Trouble for a Big RINO

Cheney holds a leadership position in the U.S. House of Representatives and several GOP House Republicans are intent on removing her from the high-up position.

On January 6th, a few people broke into the Capitol which led Democrats and RINOs like Representative Cheney to falsely accuse President Trump of inciting a riot. The RINO then caused more trouble after she voted to impeach President Trump for doing nothing wrong.

This has caused a division in the Republican Party with many calling out Cheney’s sick and disturbing actions.

Republican Representatives Matt Rosendale of Montana and Andy Biggs of Arizona are two politicians gathering support from their colleagues to try and vote for a resolution in order to remove Cheney.

She is a representative from Wyoming and acts as the chairwoman of the GOP conference.

A popular Congressman from Florida, Matt Gaetz, says that Wyoming can do better than the congresswoman who has caused to much trouble, but insists he does not want her job.

“I do not want her job. I unequivocally am not seeking a position in House Leadership,” said Gaetz in a Saturday tweet.

“I also know Wyoming can do better,” he continued.

I do not want her job. I unequivocally am not seeking a position in House Leadership.

I also know Wyoming can do better. https://t.co/6tQc3ZT54X

America Last Should Be a Thing of the Past

Gaetz has been an ally of Trump and is a supporter of putting America first.

“Call you member of Congress. Ask them if they’re one of the people joining Representatives Jim Jordan, Andy Biggs and others in calling for the removal of Representative Liz Cheney as conference chair,” said Gaetz.

“We can’t have leaders who would rather let America decline than embrace the America First agenda,” the Florida congressman continued.

Cheney has found herself in big trouble and Trump supporters are eager to see the RINO removed from her leadership position.

ANOTHER DEMOCRAT CAUGHT ON CAMERA

Mexico Turns Against Obama, Demands Investigation into ‘Fast and Furious’

The President of Mexico is demanding an apology, along with some answers. He wants an investigation to find…
byMark Megahan
2 comments 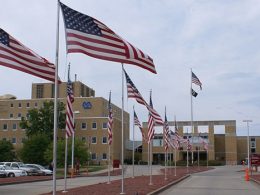