Middle East Begs Biden To Stand Up Against Ayatollah

The United States continues to have a few allies in the Middle East but that won’t last long, unless Joe Biden comes up with a serious answer to the Ayatollah problem. Throwing pallets of cash at Iran isn’t going to prevent them from causing nuclear chaos.

Joe Biden’s approval rating is dismal at home but it’s even worse in the Middle East. His Wisdom is under “increasing pressure” from key allies to “come up with a viable plan to constrain Iran,” CNN alerts.

Joe’s hopes of reviving the 2015 nuclear deal are “fading” they clamor, as Joe’s handlers are getting him ready for next month’s visit to Israel and Saudi Arabia. “The Gulf wants to feel that America stands with them, but the biggest question mark right now is whether the U.S. can be relied upon.”

Saudi Arabia’s Deputy Defense Minister Khalid bin Salman, who also happens to be Saudi Crown Prince Mohammed bin Salman’s brother, made a low-key pilgrimage to Washington recently. The purpose of his trip was to let senior national security officials know “that he was pleased the US-Saudi relationship was getting back on track.” That was the good news.

Three Iranian ships hounded a pair of US Navy vessels in an “unsafe and unprofessional manner” in the Strait of #Hormuz on Monday, the Navy said in a statement. #Iran

He also regretted to admit the Middle East power brokers dispatched him to express “concerns that the U.S. had still not articulated a comprehensive strategy for dealing with Iran’s nuclear ambitions, ballistic missile arsenal and support for regional militant groups.” Antony Blinken and Lloyd Austin can put that in their hookah and smoke it.

Inside the west wing of the Imperial Palace the administration is in panic mode. They have yet to tell their Middle East allies, including the Saudis, “what a possible ‘Plan B‘ would be should the nuclear talks fail.” One senior administration official leaked to CNN over drinks that “the situation with Iran is getting very hot.”

It was not a good sign that the unstable regime decided to “dismantle some of its nuclear monitoring cameras.” Israel was, once again, forced to do the dirty work and send in teams of covert saboteurs to disrupt “operations inside Iran’s borders.” As recently as Monday, June 20, “three Iranian ships hounded a pair of US Navy vessels” in what’s described as an “unsafe and unprofessional manner.” They were playing chicken by roaring in to “within 50 yards of the U.S. ships in the Strait of Hormuz.”

They’re all set to pack Joe off on Air Force One but have no idea what he’s going to tell everyone in the Middle East once he lands and rolls down the stairs. In Riyadh, they’re waving their scimitars around and demanding to know if Joe Biden is “serious about dealing with this.”

According to what our envoy to Iran, Rob Malley, told Congress from the witness stand last month, chances for a deal with the Ayatollah are “are tenuous, at best.” He admitted that inking the deal wouldn’t do a whole lot of good because our experts have no idea how to “keep Iran’s non-nuclear missile and drone attacks at bay should the deal succeed and sanctions be lifted.”

An official spokesunit for the NSC gave a statement noting they’re “committed to consulting closely with our regional partners regarding U.S. policy on Iran, and in broad terms, we support dialogue among the countries in the region on issues of regional security and stability.” What our Middle East allies are hoping to hear is more along the lines of if Iran doesn’t stop the nonsense now, we’ll turn Tehran into a sheet of glass.

They aren’t hearing it and neither is the Ayatollah. So, the centrifuges keep on spinning up that bomb grade fissionable material day and night. “That’s for power,” the Iranians insist. Joe believes they have worthy intentions. He doesn’t seem to have a clue that they really mean political “power,” of holding nuclear weapons, not the electrical kind. Kim Jong Un is playing the exact same game, while Biden watches from the sidelines.

For now, it seems that we’re going to take the position it isn’t our job to police Iran so if the deal falls through, the Saudis and Israelis should lead the response. At the same time, Israel is already on the job. They’re doing what needs to be done, whether they get the help from Uncle Sam they were promised or not.

They’ve been covering the Middle East like a blanket with their “intelligence apparatus” ramping up “covert attacks on Iranian nuclear targets and scientists.” It’s clear they feel they can’t trust us because they’re “leaving the U.S. largely in the dark about it.” Israel, it’s been reported, “was behind the assassination of Iranian Revolutionary Guards Corps Colonel Sayad Khodayee in Tehran last month.” That’s not all Mossad has been up to. “Two Iranian scientists were also killed in late May in what Iran has publicly alleged was a deliberate poisoning by Israel. Also in late May, a drone strike on Iran’s Parchin military complex killed an Iranian engineer and another IRGC member suddenly fell to his death from a balcony.“ 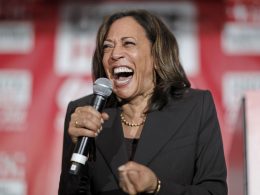 Just like most Democrats, there is ample evidence that Kamala Harris promoted violence during the riots. New information…
byChris Dorsano
No comments 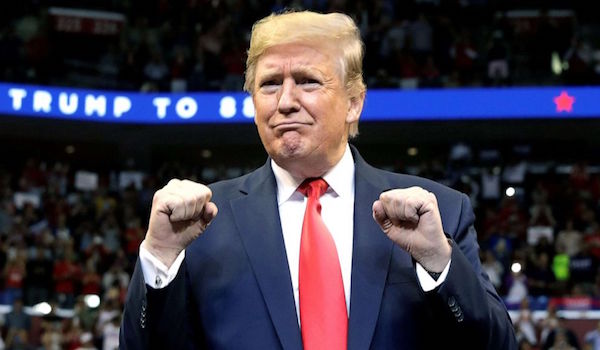