U.S. Border Patrol agents have seized nearly 45,000 pounds of narcotics, worth more than $200 million, in the past four months at the California-Mexico border. The Biden administration is only making matters worse with their weak response.

Democrats open up our border for the cartels

Of the total, roughly three-quarters of the seizures were of methamphetamine followed by 4,290 pounds of cocaine, nearly 4,000 pounds of marijuana and 970 pounds of heroin, according to a release Friday by U.S. Customs and Border Protection.

The agency reported a spike in fentanyl crossing the border with officers confiscating 2,180 pounds of it in the first four months of its fiscal year, just shy of the total for all of last year.

“CBP officers are dedicated to protecting the United States and keeping our communities safe,” Maricich said.

CBP also noted the agency’s arrests at the border, including on “charges of human smuggling, use of fraudulent documents and immigration violations.”

Gov. Greg Abbott explains why, despite what the Biden administration says, there is indeed a crisis at the border. pic.twitter.com/oydjXsUiaV

Texas Governor slams the White House for ruining his state

Texas Gov. Greg Abbott says he wants answers regarding the crisis along the U.S.-Mexico border – and he’s seeking them from Vice President Kamala Harris.

Abbott wrote a letter this week to Harris, who was recently appointed by President Biden to oversee the new administration’s handling of the recent surge in migrants attempting to enter the U.S.

“Now that President Biden has named you Border Czar in charge of the administration’s response, I want to express to you the threats and challenges caused by this administration’s open border policies,” Abbott wrote in the letter, which carried Tuesday’s date.

“These policies embolden and enrich cartels, smugglers, and human traffickers who continue to ramp up their criminal operations,” Abbott continued.” In many cases, these criminals lure unaccompanied minors into inhumane conditions and expose them to abuse and terror.”

#HappeningNow: 6 am flight out of McAllen, TX into Dallas. More migrants being flown to other US cities.

Fmr. CBP Commissioner Mark Morgan told me yesterday this is a “systematic coverup” on behalf of the Biden admin. #BidenBorderCrisis pic.twitter.com/DPgRkiYn8h

ObamaGate Ramping Up to Be the Largest Scandal in American History

ObamaGate is ramping up to be the largest scandal in American political history. On the heels of the…
byChris Dorsano
7 comments 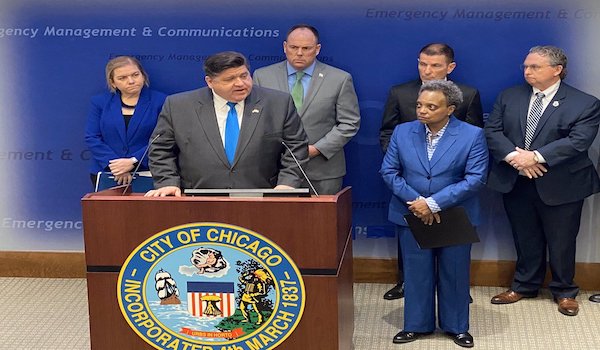 Pompeo Is NOT Messing Around With China…Imposes HEAVY Restrictions