In an uncovered video from 2014, former Democrat legislator Stacey Abrams revealed her racist intentions to utilize re-districting to “stop white people” from governing.

BREAKING: I have Stacey Abrams on tape in 2014 plotting post-Census RE-DISTRICTING in 2021 to stop "WHITE" people from governing.

Says "a majority minority population that is governed by a minority WHITE conservative coalition" is "DANGEROUS" 🚨🚨🚨🚨🚨https://t.co/uBBW0RPjy5

The video was dug up by Patrick Howley at the National File, and it shows how Abram’s agenda to shift the racial demographics of the electoral. This attempts to change the 2021 congressional and legislative re-districting endeavors based on the 2020 Census.

Abrams has gained a sizeable democrat following and is a gubernatorial candidate.

“My eye is on 2021. Because when we do re-districting in 2021, if we have not changed the electorate, especially in the South, we will have a majority-minority population that is governed by a minority white conservative coalition. And that’s the most dangerous precedent that we can possibly set for the South in the next 20 years,” Abrams stated.

Her participation in a racially-motivated flag burning on the Georgia state Capital steps in 1992 has also turned heads.

She is again trying to use race as a motivating factor to help secure Joe Biden the 2020 presidency. Biden promised back in his earlier campaigning days that he will have a woman be his running mate. Casting the concept of electing the best person for the job aside, Abram said, “I believe a woman of color could help Vice President Biden turn out voters who want to see themselves reflected in the ticket itself.”

Stacey Abrams tells @TheView she thinks that Vice President Biden is “going to make a smart choice” in picking a running mate, but adds that she does have “concerns” about Biden “not picking a woman of color.” https://t.co/53N8arecl2 pic.twitter.com/KNpe5yNBx3

Are her racist actions coming back to bite her? The sad reality is that racist Democrats can do no wrong in their own party or in the eyes of the mainstream media.

Patrick Howley has brought forth light on another liberal with a very hypocritical and disturbing past. A photo of Virginia Governor Ralph Northam showed him in blackface in a yearbook snap. The notorious photograph revealed one person in Ku Klux Klan apparel and another in blackface.

Despite this, Northam continues to serve out the remaining term as governor.

Howley spoke to the Gateway Pundit and announced he had uncovered substantial data and facts involving leftist critics of President Trump.

“I have spent several years extensively collecting data on all of the President’s enemies, stockpiling it like canned goods for the time that is now upon us. It will only get worse for them as the election goes on,” Howley said. “This clip proves once, and for all that Democrat demographic politics are in motion. It’s not a conspiracy theory. The Left is weaponizing race for cynical electoral gain, and the Republican Establishment needs to stop looking over their press clippings and scheduling their CNN hits and live in the cold reality confronting us.”

The Democrats love to scream “racist” as a defense mechanism against arguments they can’t win at. However, if it is a fellow Democrat who engages in racist behavior, you better believe it will be overlooked.

I knew it!
byG. McConway
3 comments 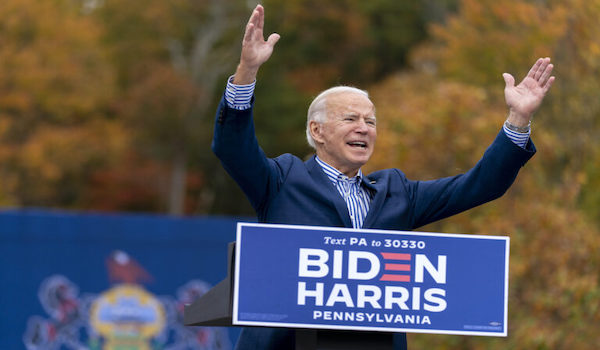 Katie Couric: I Gave Trump a Chance, Trump Supporters Should Do the Same for Joe Biden

Journalist Katie Couric has a message for all the Trump supporters out there. Give Joe Biden a chance.…
byRyan Michael
No comments

Road Rage Turns Violent and Deadly, Family Mourns the Loss of a Loved One