Long-time conservative radio host, Rush Limbaugh, dropped a bomb on Democratic operated states regarding their reaction to the Coronavirus pandemic. He noted that blue states were having significantly more problems than red states, especially in terms of economics and death rates.

On his show, Limbaugh said, “By the way, you know what the Democrats states are doing? Do you know what this is all about? The states that are not opening up, the Democrat states continue — and, by the way, as I interrupt myself for the third time in 30 seconds, you know the greatest death rate in this country is in blue states? If you want to survive, move to a red state. I have documentation and backup for this coming.”

Whereas many Republican governors, such as those in Texas, Tennessee, and Georgia, have eased their ‘stay-at-home’ restrictions, Democratic governors are still restricting the citizens, despite growing opposition. Governor Gavin Newsom of California has not set an end date to his ‘stay-at-home’ orders. Patriotic Californians have begun to rebel against the tyranny.

Protesters shouted "No more Newsom" and "Freedom" at a demonstration in Huntington Beach today.

Hundereds gathered to protest the stay-at-home order and closure of Orange County's beaches, both of which were issued by California's governor. https://t.co/sXEE9z111S pic.twitter.com/Xg70IqhTbi

Other Democratic governors have taken a similar approach to Newsom. Leftist Governor Kate Brown of Oregon has authoritatively closed down her state until July 6 despite Oregon ranking in the bottom quartile of number of deaths per state. New York has been on absolute lock-down by Democrat governor Andrew Cuomo. The shutdown has been so dramatic that Times Square looks like a ghost town, although the billboards continue to shine.

Limbaugh also mentioned how blue states have the “greatest death rates.” His documentation to support his theory centers around a story written by David Catron of The American Spectator entitled, ‘Coronavirus Deaths: The Most Predictive Factor.’

In this article, Catron noted that, ‘In our 26 red states, the average coronavirus death rate per million is about 82. In the 24 blue states plus the District of Columbia, it’s about 235. On average, then, you are about 2.9 times more likely to die of COVID-19 if you live in a blue state than if you live in a red state.’

In Limbaugh’s broadcast, the talk show host stated, “that’s in addition to their (Democrats) attempt to harm the economy, to then, in turn, harm Trump’s reelection chances.”

As the country edges towards the upcoming Presidential Elections, expect the Democrats to use the unstable economy against Trump. Lefitst cheerleaders, such as HBO’s Bill Maher, have been championing for an economic recession to bring down Trump.

Bill Maher wants a recession so that it would hurt Pres. Trump

Even when told that it would hurt Americans, his answer is:

“I know. It’s worth it.” pic.twitter.com/fOikaK53KI

Rush Limbaugh’s rant against the Democrats and their Coronavirus plans was timely and precise. These words are what every red blooded American needs to hear!

Jeff Sessions Being Erased From History By Secret Service

This is crazy.
byChris Dorsano
7 comments 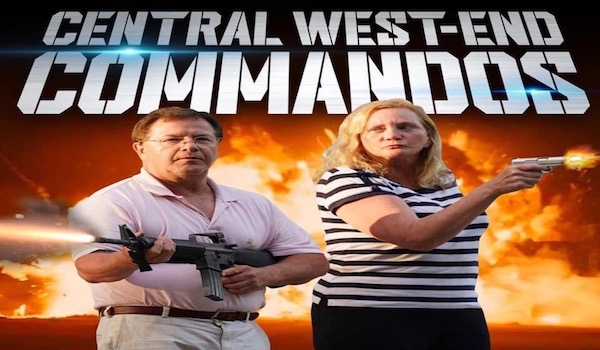 American Couple Face Lash Back After Confronting Protesters at Gunpoint

A couple in St. Louis stood outside their house armed with guns as protesters stormed the mayor’s home…
byAmalia White
12 comments

On February 3rd of this year, listeners tuning in to The Rush Limbaugh Show were stunned by a…
byChris Dorsano
3 comments

Pamela Karlan, the Stanford University Professor who made a joke about Barron Trump during Trump’s first impeachment hearing,…
byRyan Michael
No comments