St. Louis Circuit Attorney Kim Gardner was busted for “62 acts of misconduct that resulted in 79 false representations.” In a Tuesday memo that leaked to the press by Wednesday, Missouri’s Chief Disciplinary Counsel Alan Pratzel found probable cause that the Soros-funded BLM-loving Democrat committed professional misconduct and will likely “lose her law license for lying under oath in the Greitens case.”

Busted lying to the judge

Lying to the judge is a serious thing. Attorneys lose their bar tickets when they get busted for that. Nobody on the conservative side of the fence will be sad to see Soros-funded traitor Kim Gardner lose her law license.

The most explosive line Pratzel penned in the 73-page memo was that “probable cause exists to believe that the respondent is guilty of professional misconduct.” Gardner is well known as “one of the early local prosecutors bankrolled by liberal megadonor George Soros since 2016.”

That was bonus bad behavior because it happened “long after the case was dismissed against Eric Greitens, a former Navy SEAL and rising Republican star who was forced to resign as governor in 2018 less than two years after he was sworn in.” Gardner was busted for the one-sided political witch hunt she led against Greitens.

Former FBI agent William Tisaby also got splattered when the fertilizer hit the fan. This week’s “disciplinary action against Gardner follows the 2019 indictment of her former chief investigator in the case.”

Tisaby was busted for seven felonies. He allegedly “committed perjury and evidence tampering during the Greitens probe.”

Mislead her own team

It turns out that Gardner used lies cooked up by Tisaby to prosecute Greitens with. The discipline memo states that “she lied to judges in court filings and testimony, withheld exculpatory evidence from the defense, misled her own prosecution team and violated the constitutional right to a fair trial.”

Those techniques aren’t legal and she got busted doing it.

Gardner can’t seem to do a thing about the St. Louis murder rate. Last year, with her as prosecutor, they had the “highest homicide rate in 50 years.” It got so bad that state officials gave their state Attorney General permission to do her job for her.

Not only did she get busted making up evidence, she lets murder cases sit around and collect dust. Now, with the new law, if she doesn’t press charges within 90 days, the AG can take over and do it for her. Also they can step in if the police chief asks them to.

It’s a good thing that she finally got busted because Kim Gardner “has been a complete disaster for the City of St. Louis.”

Local residents are furious at the way she “rejected several open-and-shut cases due to the fact that she believed local police officers were racists.” She even went so far as to release “all of the protesters and looters in 2020 after the deadly George Floyd riots from jail without charges.” 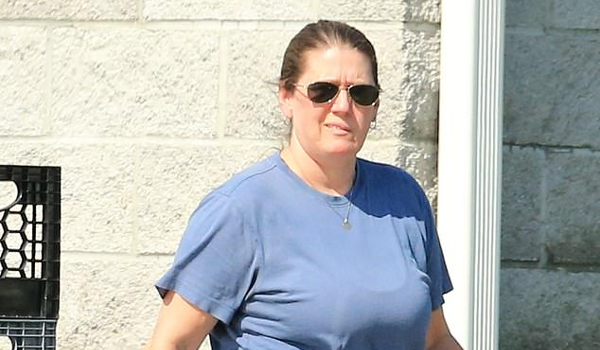 Just 18 days before his 30th anniversary as a police officer, Sgt. Erasmo Garcia-Torres was shot in the…
byAnastasia Boushee
No comments