Professor Maitland Jones Jr. taught Organic Chemistry to aspiring medical students at New York University until they had him fired. The unprepared students weren’t able to pass his class by learning the material so blamed it on the teacher for flunking them. Why bother with school? Why not just hand them a medical degree now and turn them loose on the public? The 84-year-old professor has had enough. He doesn’t want his job back.

Chemistry to tough for doctors

The professor at NYU teaching organic chemistry “is mean,” his students protested. They all flunked his class. When 82 of his students signed a petition to have him fired, he accepted his fate quietly.

It’s a sign of the times he saw coming from far back along the road. It was all his fault for making the subject “too hard” for the next generation of brain surgeons to figure out.

You can take this job and shove it, Maitland Jones Jr. declared. He’s had enough. Not all of his students hate him, only the lazy ones flunking out on their planned lucrative medical career. He had 350 students in his organic chemistry class this year.

Another dismaying campus story. At N.Y.U., students said the high-stakes organic chemistry class was too hard— and threatened their “dreams of medical school.” Dean fired the award-winning Professor. https://t.co/f2QCeXRjuG

The bottom slice blamed their poor grades on “Jones’ teaching methods and course outline.” He actually expected them to do their homework. That’s practically domestic terror.

“We are very concerned about our scores, and find that they are not an accurate reflection of the time and effort put into this class,” the disgruntled students whined in their petition. Organic chem has always been a tough class but the students this year aren’t about to work that hard. “We urge you to realize that a class with such a high percentage of withdrawals and low grades has failed to make students’ learning and well-being a priority and reflects poorly on the chemistry department as well as the institution as a whole.”

They blame their failing grades on Jones for “reducing the number of midterm exams from three to two; no offering of extra credit; no Zoom access to lectures for those with COVID-19.” Even worse, “Jones taught with a ‘condescending and demanding’ tone.” He only used two pronouns and those had to match the owner’s chromosome pattern. 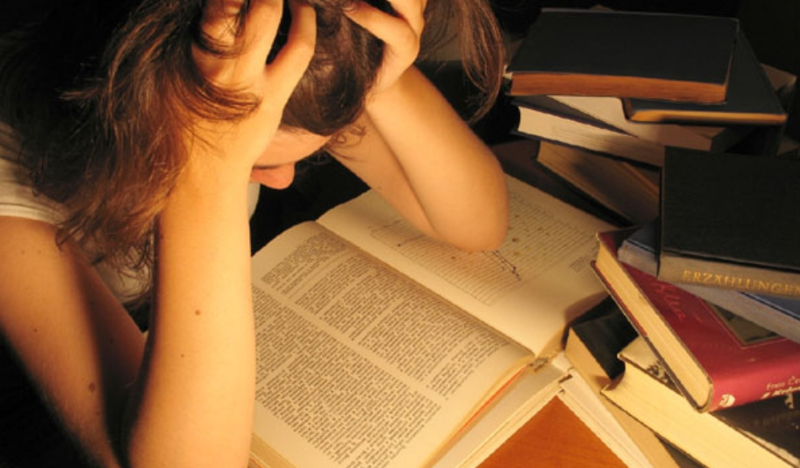 Professor Jones isn’t wasting another second of what’s left of his life worrying about fighting for a job teaching chemistry when he’s not welcome. He’s just glad he’ll be gone from this world by the time his students start hanging out their shingles as physicians.

He did want to set the record straight for those who can still read it, though. First, he had to reduce the number of exams “because NYU scheduled his first test after six classes.” That’s just for starters.

Not only is the chemistry of living things difficult to get your head around, there were technical challenges compounded by decaying society. “Technology in the lecture hall in which Jones taught prohibited him from recording his writing on the white board.”

NYU dismissed a chemistry professor after students said his class was too hard, igniting a debate about the relaxing of academic standards. https://t.co/yajWSvberU

That wasn’t the real reason for the failing grades. The whole problem, Jones relates, “emerged a decade ago, just a couple years after he moved from Princeton to NYU in 2007, as he noticed a loss of focus in his students.” The pandemic didn’t help at all.

As his chemistry students “returned from virtual learning as a result of the pandemic, that problem only got worse. Students were not studying and, Jones said, students seemingly did not know how to.” He was grading “single digit scores and even zeros.” He wanted to help. “Jones and two other professors taped 52 lectures, which Jones says he paid $5,000 of his own money to publish. They are still used.”

After the second mid-term test, slackers started to panic. “Following the course’s second midterm – a test which resulted in an average score of 30 – several students began to panic about the course as it was a prerequisite for applying to medical schools.” Instead of teaching them the material, NYU wants to just pass them anyway. Doctors make me sick. Soon, everyone will be saying that.

U.S. Spy ARRESTED for Spying on the U.S.

FBI Has Been Charged: Planting Evidence

Graham sounds fed up with Pelosi!
byChris Dorsano
No comments

Healthcare workers in the state of Illinois who refused the Kool Aid injection won big in court recently.…
byStaff Editor
No comments

Durham Wants to Know: ‘Why No Whistleblowers’

In Milwaukee (because of course… Wisconsin), a drunken man staggered into a rental property after breaking in the…
byChris Dorsano
No comments