When Seattle’s former Chief of Police appeared for a podcast interview on the “Reducing Crime” show with Jerry Ratcliffe, Chief Carmen Best showed no mercy for the biased lamestream media. Nobody can accuse Seattle’s first Black female top cop for being the epitome of White privilege and racism but the MSM tries really hard to do just that. Ms. Best verbally beat them to a bloody pulp.

Police have feelings too

The mainstream media, former chief Best declared, are not giving “the level of publicity or media attention” to the “destructive behavior” of looting, burning, Antifa-branded anarchists that they deserve. Last year’s George Floyd riots were exactly that, riots.

The brutal and premeditated murder of George Floyd deserved outrage but the “deadly” riots which ravaged Seattle were way over the top. Police were powerless to stop the destruction. Their hands had been tied by the liberal Democrat city officials.

Black Lives Matter members dressed in Antifa-branded improvised riot gear, assembled into a rabble army. They marched into downtown Seattle and executed an “armed takeover of the city.” Police were afraid to go anywhere near there but, that’s not an “insurrection” or anything.

They “peacefully” created an “autonomous zone” where they intimidated those who paid for rights to live and work in the vicinity, demanded tribute, vandalized and destroyed property, even murdered each other in cold blood. All of it was considered protected and peaceful “free speech.” Carmen Best couldn’t cope with the insanity and refused to go along with it.

Former Seattle police chief Carmen Best told @Jerry_Ratcliffe on his podcast “Reducing Crime” that “destructive behavior” in CHOP was not adequately documented by the media, which resulted in people thinking it was “peaceful.” @Gabe__Kaminsky @FDRLST https://t.co/xw1XD8h0WB

The leader of the cities police force laments how she “would read stories about the peaceful protests. I go, ‘Well, part of it was peaceful.’ But I was standing 20 feet away from a hail of rocks. I was looking right at them hail down, feet from me. I was behind a telephone pole.”

The host agreed. Then, he prompted, “you read the media and find that they’re pretty much gaslighting you. It never happened.”

You bet that the “mainstream media’s reporting on the riots left her confused.” Night after night they ignored the images and “consistently claimed the obvious riots were peaceful protests.” Peaceful, my Aunt Mary.

The Council gave us $1.6 million to hire the best, brightest and most diverse. Now they want me to layoff 100 of those officers. I can’t do that. pic.twitter.com/De85kvQlZd

Officers of the Seattle Police Department were afraid to look anyone in the eye.

“We were trying to look as non-threatening as possible, maybe not have the riot shields up. But once we know we’re going to be getting rocks and bottles thrown at us, I have a responsibility as a chief to make sure people have protecting gear. We can’t just leave them out there with soft hat and rocks are being thrown and whatever.”

The day that she was called into the Seattle City Council and told the police department’s budget was being slashed by $3 million and she needed to fire 100 of her officers she had enough.

That was a move she simply couldn’t make and immediately resigned last September, citing the City Council’s “disrespect shown to all SPD officers.” She didn’t “want the people who work for me to be impacted by the animus directed toward me. That animus felt personal.” 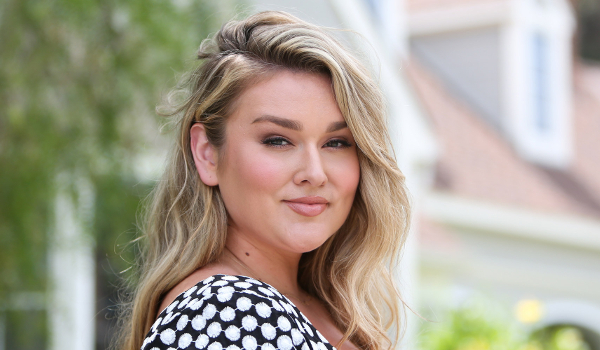 Sports Illustrated made a lot of men really happy when they invited their “curviest model ever,” Hunter McGrady,…
byMark Megahan
2 comments

Democrat Sounds Alarm on Losing Majorities in House, Senate…The End is Near

Nancy Cashes in Like a Fat Rat With Insider Trading Scheme

Nasty Nancy Pelosi and her slippery stock-trading husband, Paul Pelosi, are set like two fat rats from the…
byMark Megahan
One comment
"