Tomi Lahren NUKES Michelle Obama after She Says THIS

During the 2016 election, Michelle Obama tried to make every woman that supported Trump look like some brainwashed idiot that had no sense of self.

Well, Tomi Lahren did not take Michelle’s comments about voting “against their own voice” very well, and she absolutely blasted Michelle Obama for her comments.

Our Way or the Highway

While the Democrat party is supposed to be the party of inclusion, they have proven over the years the only thing they are interested in supporting is the hardline party position.

Michelle Obama was literally trying to convince women that if they supported Donald Trump, they were going against everything their womanhood is supposed to stand for.

Oddly enough, the women that I have met over the last three-plus years that support Trump are among the most opinionated, stubborn women I have ever met in my life!

Point being, these are far from women who are not capable of standing up for themselves and they are definitely intelligent women.

Perhaps that is Michelle’s problem with them… they can actually think for themselves.

I would count Tomi Lahren within that group and she had no problem at all telling Michelle what she thought about her comments.

Lahren stated, “You’re dang right I voted against Hillary Clinton, and the fact Mrs. Obama thinks that makes me less of a woman tells you everything you need to know about the left.

“No Michelle, as a woman I did not want the first female president to be Hillary Clinton and for good reason.

“I also didn’t want another four years of your husband’s failed legacy.

“How dare you diminish and degrade my vote!

“How dare you look down on Trump-supporting women!”

Democrats are still taking this same tack against Trump in 2020 and by all signs, it is going to work just as well for them this time around as it did last time around. 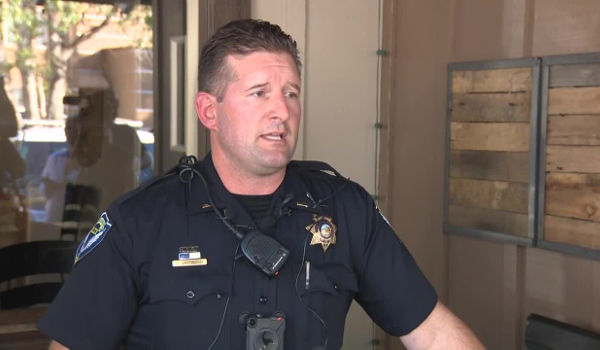 Rioters Steal Massive Forklift…What They Do Next is INSANE!

A woman who was arrested for her alleged involvement at the U.S. Capitol riots had worked as a…
byRyan Michael
No comments

Tyrannical Democrat Michigan Governor Gretchen Whitmer’s husband has been caught in the act. Marc Mallory, her husband, was…
byChris Dorsano
One comment