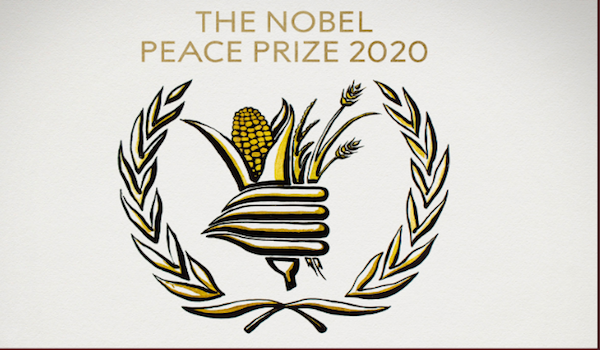 Trump supporters aired their grievances after the Nobel Committee awarded the Nobel Peace Prize to the World Food Program.

The Nobel Committee announced Friday that they gave the award to this program for its “efforts to combat hunger” and “its contribution to bettering conditions for peace in conflict-affected areas.”

The @WFP has been awarded the 2020 #NobelPeacePrize for its efforts to combat hunger, for its contribution to bettering conditions for peace in conflict-affected areas and for acting as a driving force in efforts to prevent the use of hunger as a weapon of war and conflict.

Despite President Trump negotiating historical deals to better relations between the Middle East and Israel, he was glossed over for the prize.

Trump Supporters are Furious at Decision

This made many of his supporters furious and claimed unfair treatment.

The amount of hate here against @realDonaldTrump is appalling. You can’t deny the Peace Deals and the nominations that he deserved. Who knows, after he comes back to the White House he’ll sign more Peace Deals and win next year. Would certainly be better than bomber Obama! 🙏🏾✌🏾😷

As reported by Fox News, Laura Huhtasaari, an MEP and a member of the right-wing Finns Party, wrote to the Nobel Committee to nominate Trump for the 2021 prize “in recognition of his endeavors to end the era of endless wars, construct peace by encouraging conflicting parties for dialogue and negotiations, as well as underpin internal cohesion and stability of his country.”

“It is hard to imagine a president of the United States from the last decades, or a current head of state, who would deserve more the Committee’s recognition in 2021 than President Trump for his efforts to build peace in the world,” Huhtasaari writes.

President Trump was first nominated for his role in the peace deal between Israel and the United Arab Emirates by a Norwegian Parliament – a nomination his supporters knew he greatly deserved.

He received a second nomination from a Swedish Parliament member for his actions in the U.S. mediating a deal between Serbia and Kosovo.

Lastly, he was nominated a third time by Israel’s Prime Minister Benjamin Netanyahu, Bahrain’s King Hamad bin Asa Al Khalifa and a Member of Finland’s Parliament for the Bahrain-Israel deal.

The president has been getting support from people all over the world for him to receive a Nobel Peace Prize. In September, three members of the European Parliament created a resolution for the E.U. to nominate him for the prize.

“Most of my fellow Euro-parliamentarians will regard such a suggestion as a provocation,” said Rob Roos, a Dutch member of the parliament. “They believe that they embody the good and that Trump embodies evil. But a closer look at Trump’s actual record can only lead to the conclusion that he has devoted his presidency to world peace, and with considerable success.”

With the president brokering more peace-related deals than any other president in history, it is no wonder why his supporters are so upset.

AG Barr Indicts 8 for Funneling Millions in Foreign Donations to...