Once and Future President President Donald Trump has some words of advice for loyal supporters, “stay tuned.” Everyone can see that the whole country is in crisis and election integrity is only one front of the battle. The Deplorable-in-Chief updated the orders from “stand back and stand by” to “stay tuned for what will come with the election audits.” The outcome should be clear, he says, “for people to make up their own minds once all election fraud information has been revealed.”

Trump prepares to Save America

Conservative standard bearer Donald Trump is fully prepared to tour the country with a whole series of “Save America” rallies. He puts America first even if nobody else in politics will.

He recently discussed pressing questions about his legacy, political future and the blossoming crisis His Wisdom Joe Biden started by allowing an outright invasion of illegals.

Trump sounded cheerful and relaxed in the phone interview with the “Water Cooler show” hosted by Real America’s Voice. He’s convinced that the ongoing conservative audits will uncover “massive voting fraud.” He recognizes that “a large number of Americans believe the 2020 election was stolen.”

A lot of polls are pointing to the same conclusion. “I’ve been seeing those same polls and they’re not my polls, they’re polls taken by, I guess media and others.” There is “a tremendous percentage who think “the election was rigged and stolen.”

No matter what anyone says, Donald Trump is not about to concede the 2020 election. “No, I never admitted defeat. We have a lot of things happening right now. I never used the word concede. I have not conceded.” Officially he isn’t in the ring for 2024 yet but everyone is expecting it.

For now, he wants everyone to focus on Joe Biden because as soon as you turn your back he gets up to something sneaky. There’s no way to deny that he rolled the red carpet out to illegals and started another invasion. The numbers last month were higher then anything even Barack Obama generated. Meanwhile, Border Czarina Kamala Harris prefers to shake the drug cartels down for better import prices and has no intention of going to the border, where she might get shot or something.

Donald Trump doesn’t have much that’s nice to say about Joe Biden and his policies. “Not only on religion, on the border, on Second Amendment, on everything else you can think of, but including God and including life and including many other topics.” If you think Bernie Sanders and his socialism is bad, this “is Bernie Sanders times 10. Nobody ever thought what’s happening to our country could be happening to our country.”

Biden is making a big deal about being the first Catholic leader in America since JFK. He even started going back to church. The Bishops are having a hard time reconciling his love for the murder of babies with Catholic doctrine. They started talking about denying him communion over his stance on abortion but the Deep State Pope, Francis, weighed in and said give him a free pass.

Biden is a typical career politician, all talk and no action. Luckily, I was able to work with outsiders like President Trump and Congressman Meadows who didn’t just talk the talk, they walked the walk. Biden has made us weak at home and abroad. We need fighters, not puppets. https://t.co/vsCXqB0BAH

The situation is crystal clear to our fearless leader. The rest of right-wing America agrees. As Max Miller tweets, “Biden is a typical career politician, all talk and no action.”

Miller is thankful he was able to “work with outsiders like President Trump and Congressman Meadows who didn’t just talk the talk, they walked the walk. Biden has made us weak at home and abroad. We need fighters, not puppets.”

The border crisis is at astronomical levels that have never been seen before and it’s obviously an invasion. The forces are occupying America without firing a shot. Instead, Joe Biden threw the gates wide open and invited the enemy to come and take over. The radical regime change didn’t fool anyone who considers themselves a patriot.

The sudden use of insurmountable force against President Trump and his followers was as chilling as an Arctic wind. With all the social media platforms in the hands of the enemy, conservatives have taken to talking to each other directly and keeping it under the radar.

Senator Marco Rubio’s impassioned plea rang through the Senate as a clarion call, warning the American people of…
byMatthew Holloway
No comments

I knew it!
byChris Dorsano
3 comments 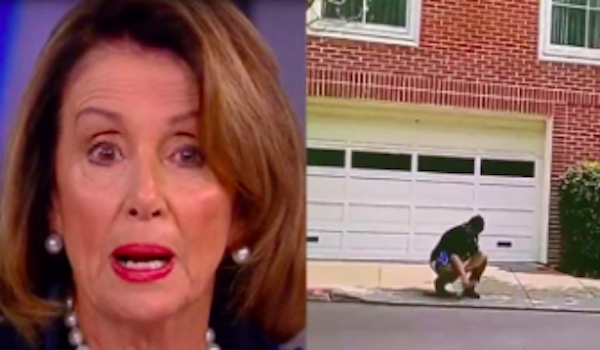 We have him lying through his teeth!
byChris Dorsano
No comments