New York City officials are shocked over the brutal ambush of two uniformed police officers. Investigators are convinced the attack had nothing to do with the murder of George Floyd, or even with the looting and riots. Instead, they are calling it an “act of terror.” Near San Francisco, security guards were bushwhacked in a drive-by shooting which also looks a lot like terrorism. The FBI is treating both incidents seriously.

Police Commissioner Dermot Shea supports the right to peacefully assemble but not violence. Wednesday night was much worse than the rest and the FBI and the Joint Terrorism Task Force are investigating whether an ambush incident “is linked to terrorism.” Large groups of riled up protesters have been roaming the New York City streets like a pack of wild animals, chanting “black lives matter” and “no justice, no peace.” The violent burning and looting is rampant.

Around 11:45 p.m. Wednesday, a man “casually” walked up to a pair of officers in Brooklyn. Pulling a knife, the man suddenly stabbed one of the officers through the throat. An officer and his sergeant patrolling “a block or two away” heard shots and rolled. “When they got there, they saw the perpetrator with a gun in his hand.” The gun of an officer. After a shootout, they recovered the knife. The corner of Church and Flatbush Avenue looked like a war zone by the time they left, with 22 caliber shell casings everywhere.

When the smoke cleared, two officers had minor gunshot wounds. The one “stabbed in the left side of his neck” was lucky the butcher missed an artery. He’s recovering in stable condition. The suspect was shot eight times and Kings County Hospital lists 20-year-old Dzenan Camovic in critical condition. The “immigrant from the Balkan region” had recently “shared anti-police sentiments on his social media feeds.”

Last Friday, a similar incident happened near San Francisco. Security officers posted at the federal building in Oakland, California, were brutally attacked leaving one dead and the other critically injured. Around 9:45 p.m. a vehicle approached the building. “An individual inside the vehicle began firing shots at contracted security officers for the Federal Protection Service of the Department of Homeland Security.”

Just like the ambush which just happened in New York, “Oakland police tweeted Friday night that they did not believe the shooting was related to the violence that would later break out on the nearby streets during a demonstration sparked by the police custody death of George Floyd in Minneapolis.” DHS Acting Secretary Chad Wolf called it an assassination. “an assassin cowardly shot two Federal Protective Service contractors as they stood watch over a protest.”

Ken Cuccinelli, who currently serves as acting deputy secretary of the DHS, classified it as an “act of domestic terrorism.” To be clear, he explained, “When someone targets a police officer or a police station with an intention to due harm and intimidate that is an act of domestic terrorism. Fighting terrorism was the very reason for the founding of the Department of Homeland Security. And I said earlier we will stand behind out law enforcement officers here in the department and all over America.” 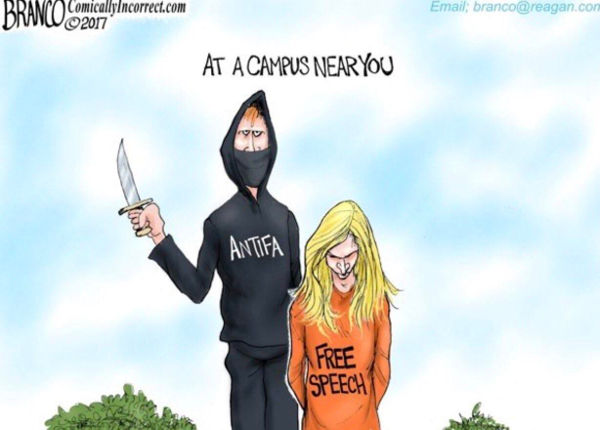 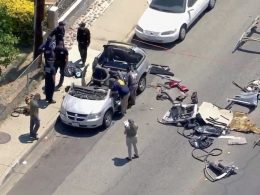 After a minivan explosion caused a brief power outage in a residential neighborhood, the FBI is investigating a…
byAnastasia Boushee
No comments 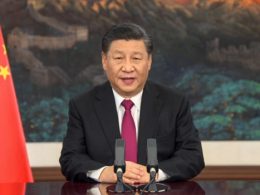 The FBI dropped both the hammer and the anvil on Tennessee State Democrat Senator Katrina Robinson. Her champagne…
byMark Megahan
No comments
"