She needs to go.

During a time of crisis, the important thing for our elected representatives should be to help Americans, not get the glory.

Sadly, that is running rampant through D.C. right now and House Speaker Nancy Pelosi (D-CA) is at the front of the line to get a slap on the back.

The bill that we are seeing go to the House now has not had any significant changes made to it.

Democrats, specifically Pelosi, continue to say the original bill had a slush fund for large corporations, but that simply is not true.

Still, that did not stop Pelosi from holding it up so she and Senator Schumer (D-N.Y.) could pretend Americans have them to thank for this legislation.

After the Senate passed the bill, Pelosi took to the dais to claim victory in what was a rather painful press conference to listen to…

Watching Nancy Pelosi brief on the coronavirus bill is nerve-wracking. She keeps getting into sentences you wonder if she can ever get out of. She finishes most of them somehow, but they’re not always coherent. And yes, i’ve criticize Trump for his discourse.

The entire purpose of Pelosi doing this is just to get some glory, and it is disgusting.

To be fair in our criticism, President Trump has often done the same thing, a point Hume made…

President Trump’s Covid 19 actions have been sensible and in some cases bold. His WH virus task force briefings have been extensive, credible and informative. His own statements have been rambling, boastful, vague and imprecise. They do not inspire confidence.

Trump could do himself a huge favor by not constantly touting the response of the administration and just tell the facts.

The incessant attacks by the media, however, have taken a toll.

Trump, like most politicians and rich businessmen, has an ego that needs to be satisfied, however, and he is not going to let the media take that away from him.

It is, honestly, wearing thin, though, as you simply cannot continuously say you are doing a great job, even if you are, when thousands of people are getting infected every day and the death toll climbs by close to 100 people a day.

The families of those that have been impacted will not think you are doing a good job, even if the bulk of the country does, so just back off, stick the facts, and let history judge how successful this defense of the pandemic really was.

Report: Call a Democrat a 'Terrorist,' and you Will Receive Prison Time

The Blood on Joe’s Hands Begins to Take Its Toll

As of Monday, February 8, Joe Biden has over 60,000 deaths on his hands. If President Trump was…
byAnastasia Boushee
No comments 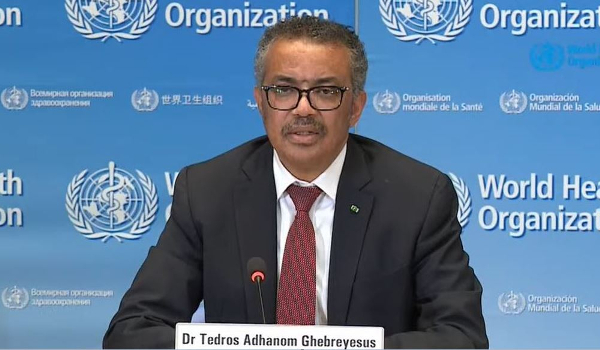 China Just Threatened the US

Infuriated by the “unprecedented escalation” of American diplomatic hostility toward China, their foreign ministry threatened to “retaliate” using…
byMark Megahan
No comments
"