Actress and activist Rose McGowan, who has found herself at the business end of the media-industrial complex’s ire since she came out against convicted sex offender Harvey Weinstein, is taking aim at another seemingly invulnerable Hollywood icon: Oprah Winfrey. This woman is fearless. Winfrey was old buddies with Weinstein but was nonetheless set to executive produce a film entitled “On the Record” which will detail the claims of some 13 women who claim to have been raped, assaulted, or harassed by Russell Simmons, a notable record producer. Most of the women were under 18 at the time the alleged attacks occurred… until she backed out, and all hell broke loose.

According to The Daily Wire, Winfrey backed out under pressure from Simmons as she told Fox News, and at the behest of Tina Tchen, former head of the MeToo non-profit Time’s Up. Winfrey’s extremely public abandonment of the project resulted in Apple choosing to drop plans to air the film on their streaming platform striking a devastating blow to the project.

I am glad more are seeing the ugly truth of @Oprah. I wish she were real, but she isn’t. From being pals with Weinstein to abandoning & destroying Russell Simmon’s victims, she is about supporting a sick power structure for personal gain, she is as fake as they come. #lizard pic.twitter.com/RCuXNpWCU0

McGowan caused a stir by resurfacing an oft-referenced photo (one of MANY) showing how chummy the Queen of TV talk shows was with Weinstein for decades. McGowan tweeted, “I am glad more are seeing the ugly truth of @Oprah. I wish she were real, but she isn’t. From being pals with Weinstein to abandoning & destroying Russell Simmon’s victims, she is about supporting a sick power structure for personal gain, she is as fake as they come. #lizard“

Calling Out Oprah Only To Be Dragged By The Media

McGowan is no stranger to massive and immediate media backlash, and her latest swipe at Oprah was no exception. Within mere hours she was hit with a lovely ax-job from International Business Times entitled, “Rose McGowan vs. Oprah Net Worth: Actress’s Fortune Only 0.12% Of Host’s Wealth” with the seeming implication that the disparity in the two women’s wealth bears some sort of relevance to the veracity of McGowan’s criticisms.

She has been speaking out against sexual abuse for years after allegedly being raped by Weinstein in 1997. McGowan was reportedly paid $130,000 as settlement for the case, as per Celebrity Net Worth.

On the other hand, Winfrey, the host of “The Oprah Winfrey Show,” has built an empire and reportedly earns about $300 million per year. When her hit talk show debuted in 1985, the host had an estimated net worth of $500,000. This amount doubled in 1989 and reached half a million dollars in 1995. In 2000, Winfrey finally passed the $1 billion net worth mark and her fortune has continued to grow since then.”

According to @IBTimes nothing a non-billionaire says is valid. Lizards support Lizards. 🦎#Oprah pic.twitter.com/MXNwvNZeBU

She then took aim at the publication’s pretty obvious attempt at a smear in a Twitter video seemingly shot from a hospital bed. At this time there are no reports as to why McGowan was hospitalized, however she did report being stung by a “murder hornet” just days ago and may still be recouperating.

This is horrible.
byChris Dorsano
4 comments 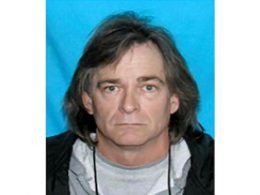 While troops in Kabul struggle to evacuate thousands of people and fighters soar overhead, the leadership of the…
byScott Moore
No comments