As news broke that thousands of Cubans across forty cities on the island had taken to the streets chanting “freedom” and waving American and Cuban flags as police and communist security forces cracked down violently, many noticed that something was terribly wrong. Most of the coverage from the mainstream media painted a very, very different picture of the protests: few if any portrayed the protests accurately as anti-communist, merely classing them as more protests against COVID19 restrictions.

Time.com for example wrote “Food Shortages, COVID-19, and Instagram: The Driving Forces Behind the Cuba Protests”. Conservative and Libertarian voices took to social media almost immediately decrying the false-framing of the largest anti-communist protests to hit the island in decades.

The only thing that explains why NYT, Hill, WaPo, etc. try to cover-up Cuban uprising as a 'COVID protest' rather than a fight for 'Liberte!' against communism is they are veiling it so Americans don't wake up against socialism. They are intentionally deceiving the public.

It wasn’t just the mainstream media misconstruing the protests deliberately as Kyle Becker pointed out though. Congresswoman Lauren Boebert (R-CO) called attention to the fact that the official statement of the Biden Administration decisively failed to condemn Communism or Socialism which has held Cuba in misery since 1953.

Biden’s statement on what’s happening in Cuba failed to condemn Communism or Socialism.

Imagine being afraid to condemn the two most harmful ideologies because you might anger your base, who clearly now embraces those ideologies.

The extremely brief (this could’ve been a tweet) Statement from the WhiteHouse reads,

“We stand with the Cuban people and their clarion call for freedom and relief from the tragic grip of the pandemic and from the decades of repression and economic suffering to which they have been subjected by Cuba’s authoritarian regime. The Cuban people are bravely asserting fundamental and universal rights. Those rights, including the right of peaceful protest and the right to freely determine their own future, must be respected. The United States calls on the Cuban regime to hear their people and serve their needs at this vital moment rather than enriching themselves.”

Just a quick edit here: “…suffering to which they have been subjected by Cuba’s Communist regime.” There, fixed it for them. And maybe here too: “The United States calls on the Illegitimate Cuban Communist regime to hear their people”

This is deeply moving.

Watch as Cubans wave the American flag while marching against the island’s 62 year-old communist dictatorship on the streets of Havana.

The Cuban Communist Crack-Down Is Extreme

The crackdown from the Cuban Communist government was extreme and rapid as Miguel Díaz-Canel scrambles to maintain control of the regime without the Castro family at the helm. Independent Journalist Ian Miles Cheong wrote that Internet access provided by Chinese technology is shut down and thousands have gone missing after the Cuban military patrolled the streets Sunday night July 11th. The Associated Press confirmed the internet shutdown on July 12th.

Last night: the Cuban military is on the prowl as Internet access (provided by Chinese technology) is shut down and thousands go missing. pic.twitter.com/Mj5nmqH46m

“Videos from throughout the island show both plain-clothed and uniformed state security officers attacking peaceful protesters. In Havana, bystanders recorded the sound of heavy gunfire and public beatings of dissidents. Miguel Díaz-Canel, the “president” appointed by Raúl Castro to be the face of the still-ruling Castro Communist Party, called for street “combat” against anyone demanding an end to the regime in a speech on Sunday.

The protests appeared to begin in the town of San Antonio de los Baños, western Cuba, on Sunday morning. Local independent outlets documented chants of “down with communism!”, “they [the regime] must leave,” and “fuck Díaz-Canel!”, among other anti-government statements. Locals livestreamed the protest on Facebook, triggering an outpouring into the streets of at least 16 major cities including both Havana and Santiago de Cuba, on opposite ends of the island.”

As of Monday, July 12th, the protests have resumed and additional police crackdowns are expected as the weather appears to worsen. There are reports of a new “flotilla”  resembling the one that carried over 125,000 Cuban refugees to the Mariel Boatlift which brought them to Florida in 1980  set to embark from the island to international waters in the hopes they will be rescued.

Russia Says: Stay Out of It

As a growing group of Cuban refugees is calling for US Military Intervention in Cuba to topple the Diaz-Canel regime, the Russian government has made an ominous statement warning against any “outside interference” according to the Moscow Times.

“We consider it unacceptable for there to be outside interference in the internal affairs of a sovereign state or any destructive actions that would encourage the destabilization of the situation on the island,” Foreign Ministry spokeswoman Maria Zakharova said in a statement.

“We are closely following the development of the situation in and around Cuba,” Zakharova said.

“We are convinced that Cuban authorities are taking all necessary measures to restore public order in the interests of the country’s citizens and within the framework of the Constitution.”

Senator Marco Rubio (R-FL), while certainly not being a model Republican for many America-First Republicans made a moving appeal from the Senate Floor for the people of Cuba with whom he shares a heritage.

If President Trump and the Republican party were in power, had the events of the 2020 Election or Mike Pence’s decision on January 6th played out differently, it is possible that some form of support or assistance for the Cuban people would be forthcoming. However, with the Biden-Harris regime firmly imposed upon the American people, and our own political struggle for our freedom in progress: a cold-civil war threatening to go hot at any time… it is most likely that no help is coming. The fate and salvation of the Cuban people may very well be in their own hands, with Americans able to offer little more than prayers.

MPD just arrested a Maui Hawaii woman for violating quarantine rules. She did not have a negative pre-travel…
byRyan Michael
No comments 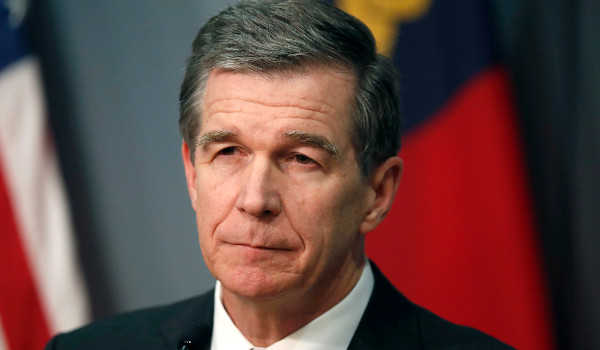 Ukraine’s President Says THIS about Trump, Sends Dems Over The Edge

He nailed it!
byChris Dorsano
2 comments
"