The Marxist terror organization BLM just found a new victim to mob. This past weekend the group harassed a childhood cancer charity just days before Christmas. How much lower can they go?

If there was any silver lining to a possible Biden victory, it was that maybe the psychopaths at BLM would stop burning down American cities and just shut the hell up for four years. But no, they’re still out in full force, burning, looting and murdering with impunity.

This past Friday night in West Allis Wisconsin, a mob of BLM rioters swarmed a Christmas festival which has been raising money to fight childhood cancer since 1984. “Candy Cane Lane” is a strip of brightly lit homes decorated for Christmas every year. The attraction draws in thousands of families from surrounding neighborhoods to spread holiday cheer while raising money for a righteous cause.

This year, BLM wanted to put an end to all that holiday hope and happiness. “The People’s Revolution” organized the march. They’re a subgroup of the BLM rioters that have been destroying cities in Wisconsin for the past seven months. The group terrorized residents, marching through the charity event chanting “black lives matter” and “black children matter.”

Democrats side with rioters

Democrats have repeatedly called BLM riots “mostly peaceful protests.” They like to ignore the dozens of murders the group is responsible for this year, mostly against fellow blacks, as well as the countless assaults and millions of dollars worth of property damage. Maybe they should have spent that time in the inner city, actually trying to save black lives instead of burning down businesses.

Thankfully, there were no reports of violence on Candy Cane Lane, but the group was clearly menacing innocent people and at one point blocking traffic. If they think this is curing racism, they are sadly mistaken. It’s only hurting their cause. Despite being harassed and intimidated by BLM, Candy Cane Lane managed to raise $121,000 for Midwest Athletes Against Childhood Cancer. 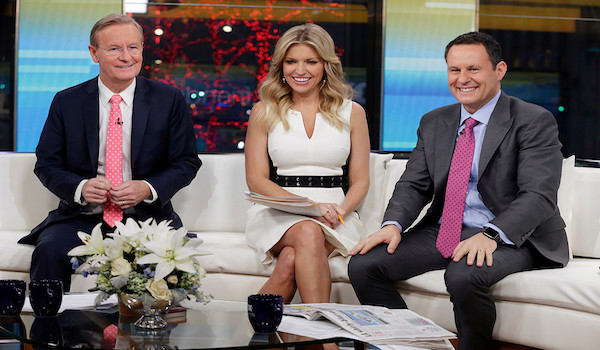 Scary that this is the next generation...
byChris Dorsano
No comments

As flames blaze across large swaths of the West Coast, many of them caused by arson, an Oregon…
byMark Megahan
No comments