Right now, there are up to 50,000 illegal aliens being held in detention centers, awaiting deportation. Think of all the health hazards present that support the spread of the COVID-19 coronavirus. A recent editorial in The Los Angeles Times observed:

“In jails especially — where quarters are cramped, inmate turnover is high, and thousands of people are admitted each day — it is only a matter of time before an infected person who does not yet show symptoms enters one of these locked institutions. And once the virus enters such a confined space, it will spread.”

And those are problems found in EVERY correctional facility.

Another Set of Challenges

Ken Cuccinelli, the Acting Director of Homeland Security, recently tweeted that Immigration and Customs Enforcement agents will continue to arrest aliens living in the United States without permission. Obviously, this increases the number of people being detained.

But the health and safety of the American people depend on ICE agents continuing to do their jobs.

This is a WORLDWIDE pandemic, and without proper health inspections, some aliens may cause new COVID-19 infections. “Coyote” trafficking means cramped, unsanitary conditions as sometimes dozens of people are crammed into the back of a truck or van, increasing the risk of spreading illness.

Because of their legal status and the threat of arrest and deportation, many illegal aliens avoid going to proper hospitals when they are sick. This means that an infected person remains unquarantined and can pass the virus on to others.

Finally, the security of U.S. borders remains critically important. Since October, 2019, over 150,000 illegal aliens and border crossers, from 72 coronavirus-infected countries, have been apprehended along the U.S. – Mexico border.

Primary Concern #2: Safety of the Detainees

Once apprehended, the health of these detainees becomes the responsibility of ICE  until they are no longer in custody. In the wake of this outbreak, new precautions are necessary.

“We have issued guidance to our facilities, in line with the Centers for Disease Control and the World Health Organization, on best practices to prevent the spread of [the] coronavirus. Furthermore, we’ve updated our policies and procedures to include the prevention, assessment and management of the coronavirus. We will continue to monitor and evaluate in conjunction with our government partners and local health agencies to ensure the health and safety of all those in our care.”

Some of the measures taken so far:

Other Options Being Considered

The Trump Administration has suggested a number of additional measures to protect detainees, ICE staff, and the public:

Perhaps the most forward-thinking suggestion is to increase the number of aliens in the Alternatives to Detention Program. This allows ICE to grant monitored release to some detainees. Participants still have to check-in regularly and wear an ankle monitor, but it does get them out of the detention center.

The budget request reads, “This would allow ICE to minimize the risk of further exposure to detainees and prevent transmission within the detention system.”

There is talk that postponing detention hearings would also be a precautionary measure. And while it is true that it would reduce the risk of the coronavirus being spread in a crowded courtroom, that idea also has its downsides.

First, that would mean adding to the already-significant backlog plaguing the system. For example, the Northwest Detention Center in Tacoma, Washington had 400 cases still pending as of January.

Second, this would also mean that some detainees stay in custody much longer, weeks or even months. But that may just be the unpleasant reality among several less-than-perfect options.

Even Washington immigration attorney Kristin Kyrka acknowledges the difficult choices ahead. “That’s something that all of us as lawyers are really struggling with. On the one hand you never want to see someone detained even a minute longer than they have to. On the other, we don’t want people’s lives to be at risk by exposing them in court.” 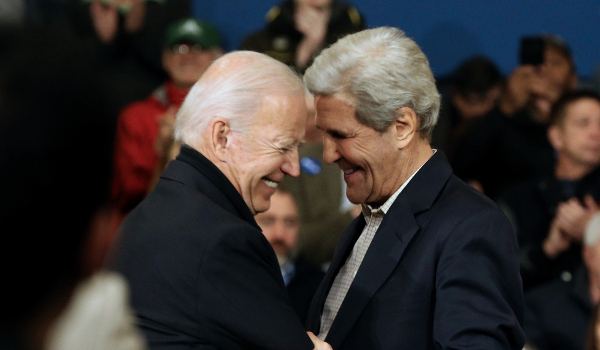 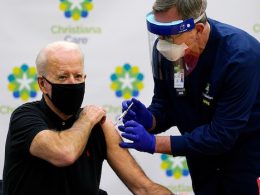 Hillary Clinton colluded with Russians – to falsely accuse Donald Trump of colluding with Russians. The FBI was…
byMark Megahan
5 comments