12-year-old Zechariah Cartledge has already done more work honoring our heroes at his young age than many of us will do in our entire lives. Cartledge who has in the last two years already clocked almost 1,000 miles ran for the non-profit organization Running 4 Heroes ran on August 16th in honor of fallen Burlington, Connecticut Firefighter & EMT: 26-year-old, Colin McFadden who tragically met his ‘Last-Alarm’ battling a massive fire at the historic New Hartford House building on August 12th, 2021.

Firefighter McFadden’s passing was extremely unexpected. During his last alarm, the six-year veteran became suddenly ill and collapsed while battling the blaze. Colin was rushed to an area hospital in critical condition. In the course of his treatment, doctors discovered that he had collapsed due to a previously undiagnosed Acute Promyelocytic Leukemia (APL), a rare, adult, acute myeloid leukemia. About 600-800 people nationwide are afflicted with this rare form of cancer which strikes with devastating speed causing an increased risk of heavy bleeding and fatal blood clots.

According to News8 WTNH,

“Burlington Fire Chief Michael Boucher described the 26-year-old as “an amazing kid. He came in here a young guy at 20 years old. He pours his heart and soul into everything he does, he’s even a little bit quirky and we all kind of bust on him for that but that was us showing him some love. He became a firefighter and an EMT, and he’s one of those guys who was always at the station, and always jumping on the truck when there was a call.”

McFadden’s friend Matt Boyne told the press, “He was a giver. Doesn’t matter how you do it, he gave a lot of things to a lot of people. All of the people he was around, the people he worked with, his classmates, they’ll say the same things. I don’t know how you can say anything bad about him. He was a sweet soul,”

It is with a heavy heart that we mourn the passing of Burlington Firefighter Colin McFadden.

Effective immediately, I am directing US and state flags in Connecticut lowered to half-staff in his honor. 🇺🇸

The Incredible Story of Running 4 Heroes and Zechariah Cartledge

This inspiring tale began about two years ago. When he was only ten, Zechariah FOUNDED Running 4 Heroes after running in the Tunnel to Towers 5k in Orlando, Florida. According to the organization’s website “Zechariah spent all of 2018 honoring this fallen hero in his various races and ended up raising over $11,000 for the Tunnel to Towers Foundation.” 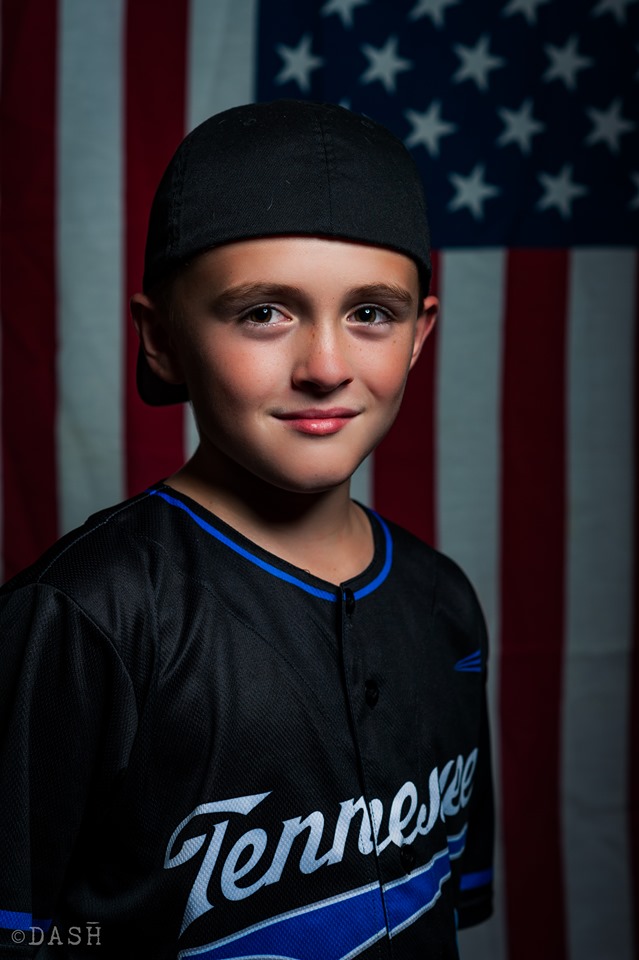 “It was at the end of 2018 when he heard about how many Police Officers lost their lives in the line of duty that year. Knowing that the number of miles he ran in 2018 was nearly the same amount of miles as Officers lost in 2018, Zechariah set out on a mission to run 1-mile in 2019 for every Officer lost in the line of duty from the prior year and to raise $100 for each Officer for the Tunnel to Towers Foundation.

However, just 2-weeks into 2019, Zechariah heard how more Officers had already lost their lives in the lines of duty in the current year, so he decided to add an additional mile for every Officer lost in 2019, but for them, he would run those miles carrying the Blue Line Flag in their honor.”

In honor of Colin McFadden Zecharia ran one mile or seven laps with a red-line flag with local police and sheriff cruisers escorting him on the track with lights and sirens on and his little sister with a friend not far behind. A member of the local pipe and drum corps played ‘Amazing Grace’ and a respectful 21 seconds of silence were observed for the Connecticut fireman. The folded flag Zechariah ran with will be sent with a hand-written note to McFadden’s family and the funds raised will go to grants helping injured first responders recover.

If you would like to Donate to Running 4 Heroes you can do so HERE. You can even pick up a Running 4 Heroes tee shirt from ReLEntless Defender Apparel honoring our fallen heroes with Zecharia.

The Facebook Search That Will Make You Want to Vomit

Facebook recently banned a search term after extensive backlash and reporting of the search results. But, it took…
byChris Dorsano
One comment

The Army has determined that low-flying D.C. National Guard helicopters which hovered over BLM demonstrators last June were…
byChris Dorsano
No comments