Terrorists reportedly opened fire on a crowd of protestors, killing two and injuring others, and also beat protestors and journalists, according to reporting from the New York Times.

After a protest erupted in Afghanistan, Taliban terrorists decided to open fire on the crowd because the demonstrators were waving the flag of Afghanistan.

The New York Times reported: “A public display of dissent in the northeastern city of Jalalabad was met by an overwhelming use of force. Taliban soldiers fired into the crowd and beat protesters and journalists.”

NBC News journalist Richard Engel wrote about the incident in a since-deleted tweet.

“Afghans demonstrate in Jalalabad in support of keeping Afghan flag (instead of white Taliban flag). Local media report Taliban fires on them, killing 2 and injured others,” Engel wrote.

Journalists were able to capture video of the incident.

#Taliban open fire to disperse the protestors in Jalalabad city of #Afghanistan. pic.twitter.com/7UdRp9vbM0

According to state-funded foreign media, two people were killed and a dozen others were injured after the Taliban opened fire.

The Taliban’s actions are a direct result of Joe Biden’s decision to pull troops out of Afghanistan with no clear plan. Instead of strategically withdrawing troops from the country, Biden chose to pull them out in the middle of the night with no real warning.

Because of Biden’s actions, the Taliban took over Afghanistan province by province in a matter of days, forcing the U.S. to airlift American citizens, troops, and refugees out of the country in a rush to save them from the Taliban.

After the poorly executed withdrawal, the terrorists were able to seize a significant amount of U.S. military equipment and weapons, which had been given to Afghanistan’s security forces to help them in their fight against the Taliban.

Thanks to Biden’s failure, Afghan security forces collapsed against the Taliban almost immediately.

“The Afghan army fighting alongside American troops was molded to match the way the Americans operate. The U.S. military, the world’s most advanced, relies heavily on combining ground operations with air power, using aircraft to resupply outposts, strike targets, ferry the wounded, and collect reconnaissance and intelligence.

In the wake of President Biden’s withdrawal decision, the U.S. pulled its air support, intelligence and contractors servicing Afghanistan’s planes and helicopters. That meant the Afghan military simply couldn’t operate anymore. The same happened with another failed American effort, the South Vietnamese army in the 1970s, said retired Lt. Gen. Daniel Bolger, who commanded the U.S.-led coalition’s mission to train Afghan forces in 2011-2013.”

“There is always a tendency to use the model you know, which is your own model,” General Bolger said. “When you build an army like that, and it’s meant to be a partner with a sophisticated force like the Americans, you can’t pull the Americans out all of a sudden, because then they lose the day-to-day assistance that they need.”

What a REAL Insurrection Looks Like, and The Deaths Associated 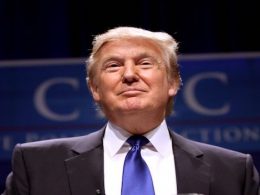 Lets Be Clear: Shooting Up a School is NOT Self Defense

Given that the mainstream media almost instantly forgot about the event, you may not have heard that the…
byScott Moore
No comments
"