Home CRIME AND JUSTICE Business Owner Takes Things Into His Own Hands With a Shotgun, Looters... 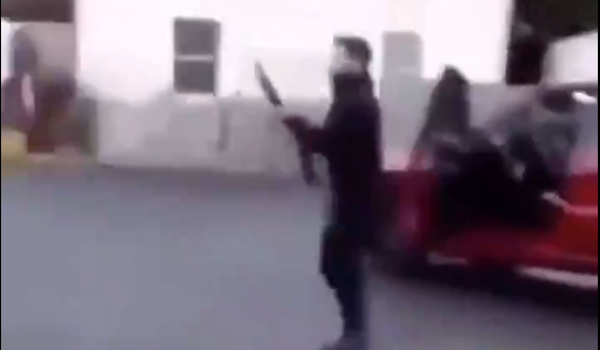 One merchant in upper New York state was well prepared as he sped to his store, with a shotgun. The police couldn’t even protect their own station so this business owner took the law into his own hands.

Store owner protecting his business because Democrat run cities are doing absolutely nothing to help them.
Haven’t they suffered enough by the forced shut down? pic.twitter.com/314yCmEDu0

No police, just him and his shotgun

After the Rochester, New York, police were chased out of their Public Safety Building, leaving behind smashed patrol cars and a whole parking lot full of blazing vehicles, the looters went shopping for some buy-none, get-a-bunch-free, bargains. In particular, they were browsing at a local shop called the Liberty Pole. “Son got him (Jordans), word,” a man filming the riot proclaimed.

Leaping from his vehicle, the video shows a man open the rear door to retrieve his shotgun. As the local paper describes, he “bravely dashed towards his store while firing.” Legal or not, he saw his business “being surrounded by looters, so he did something about it.”

That Saturday, “countless stores” in the Rochester area were vandalized and looted, the Democrat & Chronicle reports. The destruction and theft have nothing at all to do with the murder of George Floyd. 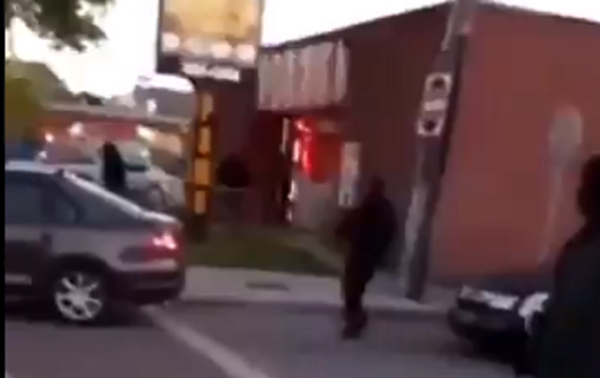 George Soros isn’t happy with the way President Donald Trump managed to keep the economy going. From coast-to-coast, business owners who followed the advice of the “experts” and shut down tight, were then targeted by “rioting mobs for the last several days.” The riots aren’t dying down either.

In Dallas, Texas one merchant was hospitalized in critical condition when it turned out his sword wasn’t a match for the skateboard used against him. The mob started throwing rocks until “his mangled body laid lifeless in the street.” An elderly citizen in Salt Lake City was attacked for the crime of being white. The violent mob of Antifa anarchists beat him and torched his car, “for attempting to protect himself and his vehicle.” Too bad he didn’t have a shotgun.

Just when the public needs the officers sworn to keep the peace the most, they’re missing in action, “standing down as the rioters terrorize entire communities.” All across America, the criminals are getting away cold with “murders, arson, countless lootings, and kidnappings.”

As the Democrat & Chronicle point out, the murder of George Floyd isn’t the seed of all this looting. “The mobs claim that they are protesting the death of a black man in Minneapolis Police custody on Monday, but it is unclear how looting Louis Vuitton or stealing cars will bring justice.” If the progressives are going to bring anarchy, the conservatives can bring a shotgun.