Criminal Invader SHOT DOWN During Scuffle

The Mexican invader stopped by the Border Patrol played it cool, until the radio started reeling out his rap sheet. That’s when he tried to grab an agent’s gun. “Tried” is the operative word in that last sentence. It was the last mistake the unnamed bandito will ever make. He was promptly blasted by the alert officers.

Invader made a move

The invader attempting to casually stroll across the Texas border on Tuesday, October 4, wasn’t expecting agents to learn about his criminal record as quickly as they did. There must have been an outstanding warrant or two mixed in or else he wouldn’t have been so antsy.

Whatever was in his background was shady enough for him to try fighting two border guards for a gun. He lost.

After they riddled him with bullets, the agents transported the invader to a local hospital where he succumbed to his injuries. The FBI came in and they’re acting like they run the place.

A spokesperson noted the bureau has “stepped in as the lead investigative agency into the deadly shooting, due to the nature and location of the incident.” They just want all the positive press they can get. Especially when it shows them investigating someone who isn’t a Republican for a change. Getting them to go after Hunter Biden is still totally out of the question though.

The civil rights activists are quick to point fingers but they don’t want to admit the deceased invader assaulted an officer. Since he’s dead, more criminal charges seem to be a waste of time but they might have to file some to make the diplomats happy.

“Neither the Ysleta Border Patrol Station in El Paso nor the Mexican Consulate would comment on what criminal charges the man who was shot had initially faced or confirm his identity.” 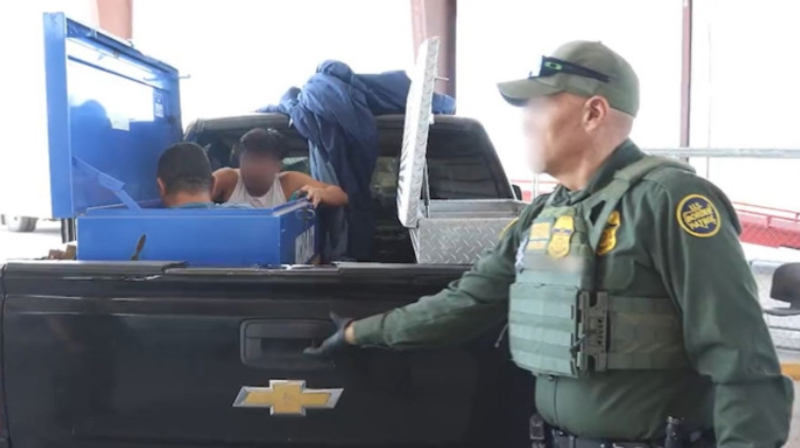 An uptick in assaults

This invader wasn’t the only one attacking our Border Patrol agents lately. Tuesday’s shooting happened about 12:45 p.m. at the Ysleta Border Patrol Station, which is near El Paso, Texas. According to congressman Tony Gonzales who represents the area, “there’s been an uptick in assaults against Border Patrol agents.”

He knows that most migrants are walking right up to the officers but not all of them.

“There’s a lot of that, but there’s also a lot of people that are trying to get away” from the agents. Like three going to the extreme of wearing ghillie camouflage suits. That says “invader” in 6 foot high neon signs.

As the number of migrants spikes to record levels, assaults on agents “are up this year compared to the two previous years.” El Paso, in particular has been hit especially hard.

It seems like every invader seeking asylum comes strolling through the El Paso sector. Lately, they’re logging more than 1,500 immigrants every day. That has all of their shelters at double capacity and they’re coming in faster than they can be bused out to sanctuary cities.

Meanwhile, Joe Biden thinks he can hide and shirk responsibility for the crisis he created with his wide open border policies.

He Pawned a Chain Saw With Human Remains Still Attached

“Possessions,” including a 10-inch saw and a camera bag, were worth a solid $50 to a Phoenix, Arizona,…
byMark Megahan
No comments