A high profile data doctor, officially “director of data science at Thomson Reuters,” was fired for telling the truth. Facts and figures have nothing to do with social engineering policy. All he did was share some research.

All it takes to get fired from a respected position as science writer and analyst at a major international news publication is dare to tell the truth, even internally and only to co-workers. They apparently were really triggered when he dared to share some research on the company’s “internal social media platform.”

It proved in black and white that “police killed more unarmed White people than Black people.” It also confirmed “the Black Lives Matter movement allegedly caused the deaths of thousands.”

Zac Kriegman cashed six years worth of paychecks from Thomson Reuters and they loved his work. Until he dared to tell the truth. He was fired last summer.

His story recently surfaced, along with claims of being “let go from his $350,000 job because he stood against the company’s reporting conventions on BLM.”

He shocked everyone in the building by using the truth to dispel the “false narrative” that Black people “were the largest victim of police violence.” They aren’t. The reports that say that’s so, are “not accurate.”

All his colleagues were so convinced that they had him fired rather than look at his facts and figures.

Even the Washington Post admits that “police had killed 3,024 white people and 1,596 black people since 2015.” The truth is that they killed twice as many Whites as Blacks. Liberals try to do the data adjustments like they use to prove global warming by making up numbers as they go.

They insist that “Black people were disproportionately affected by the shootings as they make up only 13 percent of the U.S. population.” Kriegman called that bullcrap and “tried proving it.” His former friends went screaming for the company safe-space.

“I was publicly derided as a ‘troll,’ ‘confused,’ ‘laughable,’ and ‘not worth engaging with or even attempting to have an intelligent conversation’ with.”

Funny how a whole career as a revered expert means nothing when you push the truth up against the woke mafia. He really got them upset when he made deeper observations.

Not only is the truth that blacks aren’t disproportionately killed by police, even when you average out the population mix, Black Lives Matter affiliates “fueled anti-cop sentiments that caused crime and violence to rise in communities of color.”

That was the last straw. The real question isn’t “who was truly more impacted by police violence.” It boils down to “what racial groups police felt more threatened from.“

They Watched $400 Million Walk Out the Door This Year

As migrant caravans make their way from Central America to the U.S. border, a Biden transition team official…
byChris Dorsano
No comments

New Orleans Democrat Mayor Latoya Cantrell is threatening to impose more restrictions on the city due to COVID-19.…
byChris Dorsano
No comments 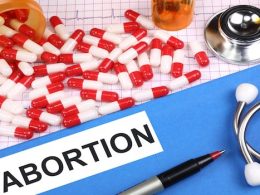