Joe Biden has always been known for his flip flopping on nearly every issue, and that still holds true today. His newest flip-flop involves the recent Democrat realization that COVID may have leaked from a virology lab in Wuhan, China, something conservatives have been pointing out for a long time.

The left, the mainstream media, and Big Tech spent nearly a year demonizing and de-platforming anyone who even dared to suggest that a poorly run virology lab just 400 yards away from the wet market where some of the first cases were discovered may actually be the source of the virus. The left is now jumping onboard this theory, despite calling it racist for nearly a year.

What made them change their minds? According to the New York Post, “The possibility that the pandemic started because of a laboratory accident has gained renewed interest after a Wall Street Journal report that said three workers at the Wuhan lab were hospitalized in November 2019 prior to the first reported cases of COVID-19.”

Joe Biden, who ended the investigation initiated by the Trump administration into the origins of COVID as one of the first acts of his presidency because of “concerns about the quality of its work,” is now calling for an investigation.

The investigation initiated by Donald Trump was being conducted under the State Department, and was specifically looking into the theory that COVID leaked from the Wuhan Institute of Virology.

Biden’s new investigation will be conducted by the Intelligence Community, but they will be largely relying on the communist China-backed World Health Organization, which has already tried to shut down any talk of the virus being the fault of the virology lab.

“As of today, the U.S. Intelligence Community has ‘coalesced around two likely scenarios’ but has not reached a definitive conclusion on this question,” Biden said in a statement, adding: “I have now asked the Intelligence Community to redouble their efforts to collect and analyze information that could bring us closer to a definitive conclusion, and to report back to me in 90 days.”

“Back in early 2020, when COVID-19 emerged, I called for the CDC to get access to China to learn about the virus so we could fight it more effectively,” Biden claims. “The failure to get our inspectors on the ground in those early months will always hamper any investigation into the origin of COVID-19.”

Clearly, Biden is flip flopping again in an attempt to cover up his actions in shutting down the investigation and to shut down allegations that he is deferential to China. It is highly unlikely that his investigation will be able to determine anything conclusively with the World Health Organization and China standing in the way.

Democrat Party in Shambles, Voter Remorse Sets in Heavy as MANY Americans Switch to Republican Party 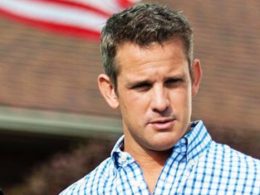 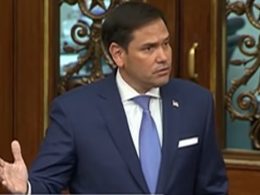 Senator Marco Rubio’s impassioned plea rang through the Senate as a clarion call, warning the American people of…
byChris Dorsano
No comments