The fires were burning especially bright but the pros weren’t reporting the news happening right on their doorstep. Faux News wonders why everyone calls them unfair and imbalanced these days. Tucker Carlson isn’t real popular with the liberals, so peaceful progressives besieged his studio and threw Carlson’s photo on top of a burning American flag. A series of amateur videos captured the insurrection live as it happened, while the talking heads and camera crews cowered inside afraid to air the TRUTH. Police toasted marshmallows.

Fires on the sidewalk

On Thursday, August 12, demonstrators burned an American flag and a photo of Fox host Tucker Carlson on the sidewalk in front of the network’s Manhattan headquarters. Most people would expect some extensive reporting from them about it.

So far, Tucker is the only one who even mentioned the protest fires. A Conservative photojournalist who isn’t afraid to report the news, Elad Eliahu, posted a series of videos depicting the shouting crowd outside the studio.

"You're all racist, you're nazis, you're zionists, you're KKK" pic.twitter.com/To9Wa2Sw53

There isn’t anyone lower on the food chain in NYC than cops. The police didn’t even bother telling the Antifa® arsonists to put their fires out.

The community of color is upset that Tucker Carlson makes fun of their riots. “He’s laughing, but this isn’t funny, black people are dying and you’re not talking about that.” Fires are the answer. The internet is calling it “a smoke signal” but the fuel was a burning American flag.

Another anarchist carefully adds Carlson’s photo to the blazing banner. Burning in effigy for the new millenium. Why waste time building a dummy when you can print up a photo. The voodoo magic still works the same.

Proud to be burned

For his part, Tucker Carlson is taking it in stride, accepting the uncivil demonstration as a badge of honor. He couldn’t wait to tell Townhall that he’s “proud to be burned with the flag.” As long as it’s only an image, that is.

He made news recently when he and his daughter were confronted by a liberal lurking in Montana. At least there weren’t any fires with that incident.

Carlson and his daughter were minding their own business, shopping at a fly fishing store in Livingston, Montana. Just because he coincidentally happens to have the same name as the store’s deceased founder, one local liberal acts like he owns the place. 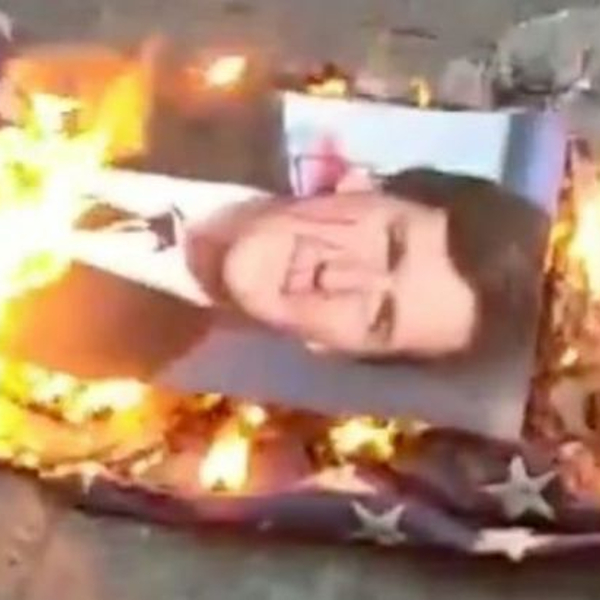 At least he was peaceful enough not to start any fires. Dan Bailey was browsing through Dan Bailey’s Outdoor Company when he spotted the celebrity. He’s obviously a fan of either CNN or Al Jazeera, but not Faux.

“You are the worst human being known to man. I want you to know that,” Bailey declared as he approached Carlson. “What you have done to this state, to the United States, to everything else in this world. I don’t care that your daughter’s here. What you have done to everybody else in this world….” The newsman chuckled and tried to put out the liberal fires, by throwing gasoline.

“Settle down, son,” he laughed. “‘Son?’ Don’t call me son.” He couldn’t wait to post the video. “This man has killed more people with vaccine misinformation, he has supported extreme racism, he is a fascist and does more to rip this country apart than anyone that calls themselves an American.” He’s entitled to his opinion. That’s what free speech is all about.

There is truly an uprising going on in the Democrat Party right now. After al-Zawahiri was killed, Joe…
byAnthony Smith
No comments

The FBI dropped both the hammer and the anvil on Tennessee State Democrat Senator Katrina Robinson. Her champagne…
byMark Megahan
16 comments 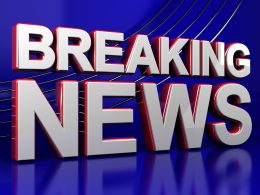 4 of Them Broke Into Family Home and Murdered the Father