A woman was arrested and charged with first-degree theft and unauthorized use of a credit card and it just so happens she’s a former Make-A-Wish CEO.

40-year-old Jennifer Woodley used to hold the position of CEO of Make-A-Wish Iowa. She now lives in North Carolina but was booked at the Polk County Jail in Des Moines, Iowa on Thursday.  She was later released after she was booked.

It is not known yet according to reports if she has obtained an attorney yet.

Last summer, Make-A-Wish Iowa found financial irregulates that were discovered through a compliance review. Woodley had then been removed from her position being the CEO for one year.

KWWL reports on the details that they were able to obtain through a memo:

The memo states that Jennifer Woodley is no longer serving as president and CEO of Make-A-Wish Iowa. The Executive Committee of the Make-A-Wish Iowa Board of Directors made the decision to remove Woodley after financial irregularities were discovered during an internal compliance review by the National Make-A-Wish Office, according to the memo.

Joshua Norton, chairman of the Make-A-Wish Iowa Board of Directors, verified that the memo was sent out to the nonprofit’s stakeholders.

“We are surprised and saddened by these events,” the memo stated. “We have a significant responsibility to our donors, families and children to safeguard every dollar given to us and we take this stewardship role very seriously. Therefore, we will continue to work with our National Office as we review key expenditures and other financial records. Based upon those findings, additional measures may be taken.”

Make-A-Wish offers children with serious illnesses a chance to fulfill a wish.

“We do that through the generosity of our donors — both individual and corporate. Every dollar is a gift and our financial management must be above reproach. Anything less is unacceptable,” Make-A-Wish Iowa’s Board of Directors said in the memo. 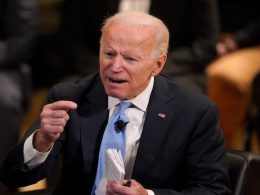 A Food Network star and her husband were arrested after the death of her 3-year-old adopted daughter. The…
byRyan Michael
No comments

The corruption in Mexico is coming home to “roost,” because individuals who were once untouchable are now getting…
byMark Megahan
No comments