Fox News is patting themselves on the back and basking in their own self-praise for successfully extracted their employees, their families, and three Afghan nationals from the ongoing collapse of Afghanistan. Against the plight of untold tens of thousands of Americans and allied Afghans still trapped in the war-torn country as it descends once again into Islamofascism due to the sheer ineptitude and negligence of the Biden-Harris regime, it smacks of self-indulgent, congratulatory, aggrandizing grand-standing or showboating if you will.

Where in 1991, Ted Turner’s old-school CNN was celebrated for the groundbreaking coverage of the opening hours of the Gulf war from the Al Rasheed Hotel in central Baghdad. Audiences were glued to the screen while Peter Arnett and George Bernard Shaw narrated the opening bombardment of Saddam’s power base. (Author’s Note: Oh, how the mighty have fallen.) Thirty years later Fox is high-fiving over a panicked evacuation.

According to Deadline, “A company-wide memo issued this afternoon revealed the Fox News tidings.”

We have wonderful news to share with you this afternoon.

Fox News Media has successfully evacuated three Afghan nationals who formerly served as freelance associates, as well as an Afghan colleague from a regional media company, along with their respective families (a total of 24 people) from Kabul, Afghanistan. These associates include consultants who served as local producers, translators, drivers, and security guards supporting our correspondents throughout FOX’s coverage of the war in Afghanistan for nearly two decades.

We are extremely proud to have assisted in this critical mission bringing them to safety in Doha where the Qataris have been aiding in several evacuations, and are grateful to Fox Corp for all of their assistance.

The Real Good Works By Comparison To Fox News’ Showboat

Our good colleagues at RedState, took a moment to point out some genuinely good works being done by conservative media organizations in the midst of Biden’s failures while Fox crows about covering their own team. They noted:

“The situation in Afghanistan is deteriorating by the hour, and private groups are recognizing that the Biden Administration has no solid plans for rescues. Radio personality Glenn Beck has raised $20 million in order to fund rescues for Afghan Christians and their Christian partners. Veterans groups are using satellite imaging to help relay information and enemy positions to those struggling to navigate to the airport.”

Fox should take note: you raise funds, you support people on the ground, or you hire professionals to go in and get people out of harm’s way like Operation Underground Railroad, or you accept the risks and stay and report. If you pull your people out for their safety that’s fine too, but it probably isn’t something you celebrate yourself for. Rather, a memo simply thanking the Afghanis who risked everything and the Qataris who helped rescue them would be more appropriate and less… egotistical.

Big Brother is Now in YOUR Bathroom 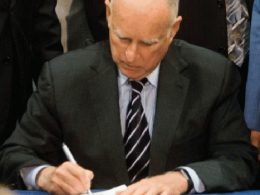 After learning about the latest decision from the California Supreme Court, a lot of Americans are getting behind…
byMark Megahan
No comments

After Murdering Thousands of Nursing Home Patients, Cuomo Whines He Is Not Being Treated Fairly

Gov. Cuomo is having a hard time holding his tongue. The embattled governor lashed out Thursday, arguing it’s…
byRyan Michael
No comments