An international group of hackers wormed their way into the computer network of “the most prominent entertainment attorney in the world.” They locked up some incredibly valuable files and they’re trying to shake Allen Grubman down for $21 million. He told them to kiss his rear end and called the FBI. That sent the malware coders into panic mode. Their desperate need of leverage prompted them to double the ransom to $42 million. If the fat-cat lawyer doesn’t cough it up by Thursday, President Trump gets it. Go ahead, Grubman taunts, release your dirt. It’s hard to imagine that Bruce Springsteen or Lady Gaga have a lot of incriminating evidence, and Grubman’s firm never had a thing to do with Donald Trump.

An evil group of hackers

When REvil, aka “Sodinokibi” penetrated the servers at Grubman, Shire, Meiselas and Sacks, they encrypted “756 gigabytes of confidential documents,including contracts and personal e-mails from a host of Hollywood and music stars.” While they were there, they hijacked the backup copies too. There is literally only one way to recover the data. Pay the ransom.

Grubman told them to forget it. “His view is, if he paid, the hackers might release the documents anyway. Plus the FBI has stated this hack is considered an act of international terrorism, and we don’t negotiate with terrorists.” In a statement, Grubman’s firm notes, “We have been informed by the experts and the FBI that negotiating with or paying ransom to terrorists is a violation of federal criminal law. Even when enormous ransoms have been paid, the criminals often leak the documents anyway.”

There’s an election going on

The hackers went spastic. They desperately needed some leverage. If all those contracts weren’t enough reason to pay, how could they twist Grubman’s arm any harder? They needed more leverage. That’s when they realized this is an election year. They went back to the keyboard with fresh inspiration.

“Grubman, we will destroy your company down to the ground if we don’t see the money. The ransom is now [doubled to] $42,000,000,” they posted. “The next person we’ll be publishing is Donald Trump. There’s an election going on, and we found a ton of dirty laundry on time.”

They wanted to make sure the president knew what he was supposed to do in his role as hostage. “Mr Trump, if you want to stay president, poke a sharp stick at the guys, otherwise you may forget this ambition forever. And to you voters, we can let you know that after such a publication, you certainly don’t want to see him as president.” Cher must have some really nasty things to say about him in her memoirs. “The deadline is one week.”

No connection between Grubman and Trump

Nobody can figure out what the intruders could possibly be talking about so it must be a bluff. The president has never even been a Grubman client, “either as a private businessman or during his administration.” That was confirmed Saturday by CNN who writes, “there is no evidence the hackers actually have damaging information about the President.”

The firm issued a formal statement declaring, “our elections, our government and our personal information are under escalating attacks by foreign cybercriminals.” They had all the state of the art equipment but it didn’t do any good. “Despite our substantial investment in state-of-the-art technology security, foreign cyberterrorists have hacked into our network and are demanding $42 million as ransom.” They are continuing to work directly with the Federal Bureau of Instigation.

“The leaking of our clients’ documents is a despicable and illegal attack by these foreign cyberterrorists who make their living attempting to extort high-profile U.S. companies, government entities, entertainers, politicians, and others.”

Dems Gave Themselves More Money But It's Not a Raise 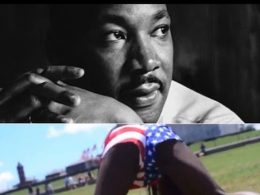 The bomb squad was called to downtown Portland Monday morning, after reports of an explosive device. According to…
byAnastasia Boushee
3 comments