Congressman Stephen Lynch, a Democrat from Massachusetts, tested positive for COVID-19 on Friday after receiving the second dose of the Pfizer vaccine earlier this month. Lynch is one of several members of Congress who have tested positive for the virus in recent weeks.

COVID vaccines are shown to be dangerous and ineffective

A spokesperson for Lynch said in a statement that his positive test result came after a staffer in his Boston office tested positive.

“Congressman Lynch had received the second dose of the Pfizer vaccine and subsequently received a negative COVID-19 test prior to attending President Biden’s Inauguration,” said Molly Rose Tarpey, Lynch’s communications director. “While Mr. Lynch remains asymptomatic and feels fine, he will self-quarantine and will vote by proxy in Congress during the coming week.”

“I am fortunate to currently be asymptomatic, and I have immediately begun to self-quarantine,” Trahan said in a statement posted to Twitter, adding that she would “cast my votes next week using the House’s proxy voting system.” 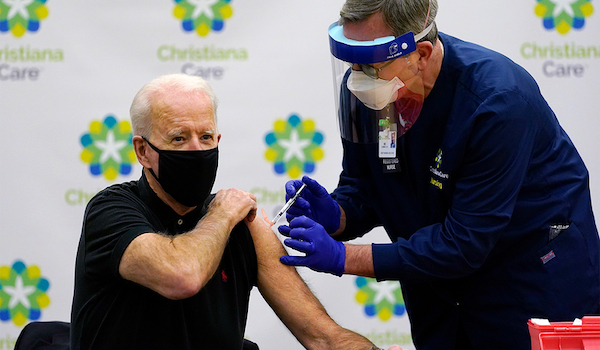 The fear mongering continues into 2021

Several House Democrats tested positive for COVID-19 earlier in January. The announcements from Democratic Representatives Brad Schneider, Bonnie Watson Coleman and Pramila Jayapal came days after the attending physician for the Capitol warned members may have been “exposed to another occupant with coronavirus infection.” Of course, the crybaby Dems immediately blamed Republicans in the House who refused to wear masks, even though there is ZERO proof showing this is where the virus came from.

According to the mainstream media, more than 436,000 Americans have died of COVID-19, and nearly 26 million have contracted the virus. Many claim to be asymptomatic. Democratic Governor Andrew Cuomo of New York even said himself that 96% of all COVID-19 deaths were amongst the elderly with underlying health issues. In other words, this is similar to the common flu. Is this pandemic really worth canceling schools and shutting down the world economy? The answer is no. It’s time to open up.

Hallmark Just Picked a Side and It's NOT GOOD

Colorado Residents Move to Secede From Their Worthless Blue Leaders

Joe Biden is packing his administration with radical Lefties and deep state swamp creatures. Not so fast there…
byChris Dorsano
No comments

New footage has emerged of the RV explosion in Nashville Tennessee. Officials are now saying that the suspect…
byChris Dorsano
No comments

As flames blaze across large swaths of the West Coast, many of them caused by arson, an Oregon…
byMark Megahan
No comments