High School REFUSES Her Class Picture With American Flag in it

The Left has declared war on patriotism. Nowhere is this more apparent than in America’s classrooms. One high school just rejected a student’s yearbook picture for displaying an American flag.

Lewis and Clark High School in Spokane Washington recently rejected a student’s senior photo where she posed with the American flag draped around her shoulders. The school’s principle claims the flag was “used as a prop” in violation of the flag code.

Sierra Athos, who’s a senior at Lewis and Clark High School, expressed her excitement after submitting her patriotic pictures to the school. She was saddened by the principle’s decision to reject her picture and she took to facebook to speak out.

“This year is already crappy enough because there is no prom, no homecoming, no dances, no in-person classes, no sports games, no seeing my friends everyday, no any normal high school things,” Sierra wrote. “I at least wanted my senior picture of choice in the yearbook, but apparently that was too much to ask.” 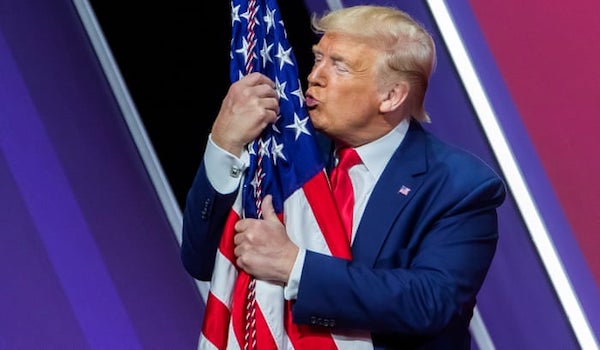 In a message posted to Lewis and Clark’s Facebook page, Principal Marybeth Smith said the school has not “banned the American flag from inclusion in photos.”

She claims the school rejected a photo this year in which the American flag was displayed in a way not sanctioned by Title Four, US Code, Chapter One. The code does state that the flag shouldn’t be worn.

However, a quick look at this young lady’s photo and you can tell she means no harm. It’s refreshing to see young patriotic people celebrating their love for our great country.

Principle Smith added, “We respect our flag as much as any school in the area and were concerned that in the photo submitted it was being used as a prop and was not being afforded appropriate regard.” America has gone from being “the land of the free” to the land of rules and regulations.

The radical Left has had a stranglehold on universities across the country for decades.

Many college professors are openly Communists, teaching their students that America is a racist country founded by evil White colonizers. A 2018 report from the National Association of Scholars found that among top-tier liberal arts colleges, 39% had zero registered Republican professors in the entire college. 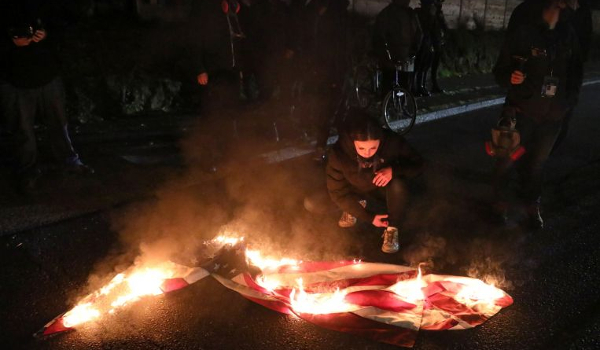 Chuck Schumer: Trump Has ‘Made a Mess of Foreign Policy’

Dems refuse to back this president.
byChris Dorsano
2 comments 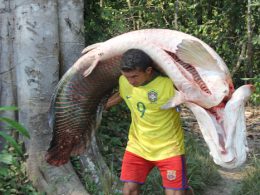 Florida is already in a battle with dangerous and invasive species like the Burmese python, green iguana and…
byRyan Michael
No comments

Looks like Petey has some skeletons in that closet of his.
byChris Dorsano
No comments
"