Clarkson, who makes more than $1.5 million per month, has been ordered to pay her husband both spousal support and child support.

In June of 2020, Kelly Clarkson filed for divorce from her husband Brandon Blackstock, step-son of country music legend Reba McEntire.

Clarkson opened up about what she was going through during the divorce in the Season 2 premiere episode of The Kelly Clarkson Show.

“2020 has brought a lot of change also to my personal life,” she said. “Definitely didn’t see anything coming that came. What I’m dealing with is hard because it involves more than just my heart, it involves a lot of little hearts. We have four kids and divorce is never easy. We’re both from divorced families. We know the best thing here is to protect our children and their little hearts.”

Brandon Blackstock has two children, Seth and Savannah, from a previous marriage. He and Clarkson also had two children, a daughter named River, and a son named Remington. Kelly Clarkson currently has primary custody of both River and Remington.

The divorce battle between Clarkson and Blackstock has been ongoing for more than a year, but there haven’t been any huge developments until now.

News outlet The Blast has obtained legal documents showing that a judge has ordered Kelly Clarkson to pay her ex-husband two forms of support: $150,000 per month in spousal support, and $45,601 per month in child support “for the benefit” of River and Remington, with the total amount being $195,601 per month.

In November of 2020, Blackstock had requested a total of $436,000 per month. Obviously, he didn’t get exactly what he wanted, but it is surprising to see a man get anything at all from a divorce court. 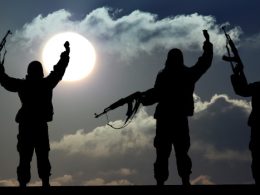 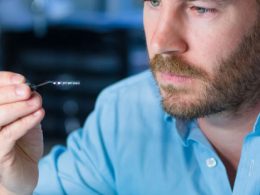